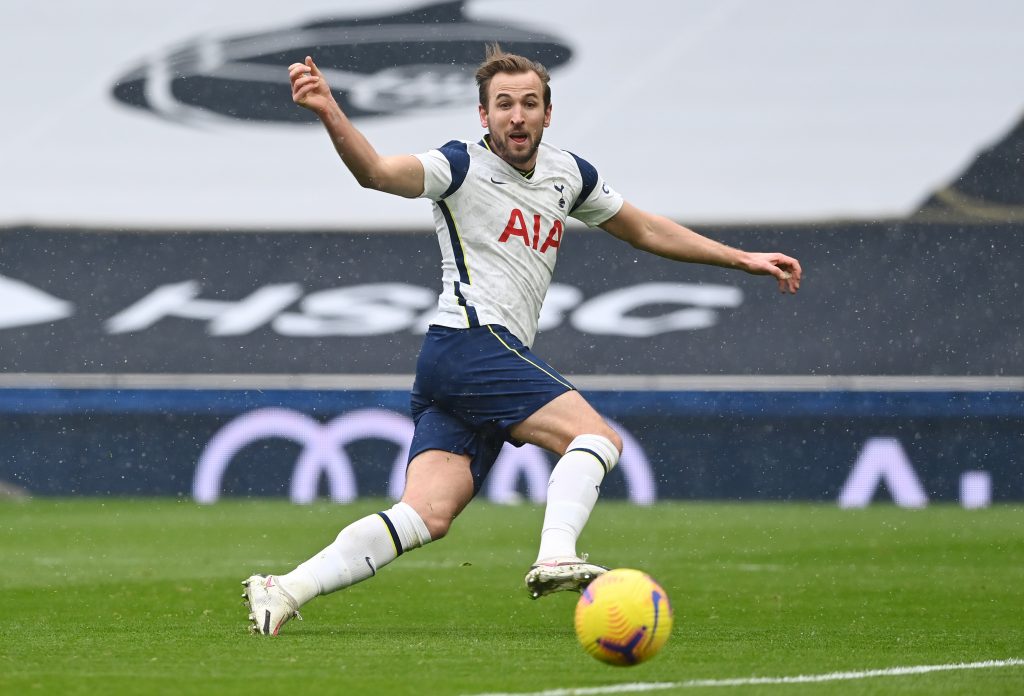 Tottenham Hotspur striker Harry Kane has been urged to decide whether he wants personal glory or silverware.

The 27-year-old is currently ninth on the all-time Premier League goalscorers list with 156 goals, but he has never come close to winning the title.

It has been a similar story in other competitions, although Spurs are still in with a chance of winning the Carabao Cup and Europa League this season.

However, on-loan Queens Park Rangers striker Charlie Austin has told talkSPORT that Kane faces a make-or-break decision about his future this summer.

“What’s he going for?” he said. “If he stays at Tottenham, they’re in a final but they’ve got to improve the squad to get to the levels of Man City.

“Does he stay there, beat Jimmy Greaves’ record and then try to go for Alan Shearer’s record?

“As a player, does he want Premier League titles and trophies? Because if we’re being honest, Tottenham are falling short.

“Every player who plays in the Premier League wants to win it. I think, at Tottenham, they’re going to have to make big changes because they are short at the moment.”

Kane is approaching what is likely to be a pivotal period in his career.

He turns 28 in July and if doesn’t leave Spurs this summer, he probably never will.

Given his injury issues, the likes of Real Madrid and Barcelona are unlikely to come calling due to the size of the fee involved.

A move to another Premier League club could be possible – both Manchester clubs would be interested if Kane was available – but it would take a mammoth bid to persuade Spurs to sell.

Kane also comes across as being fiercely loyal to Spurs – demanding a move just doesn’t feel like the type of thing he would do.

On that basis, it would be no surprise to see the England striker remain with the north London club for the rest of his career.