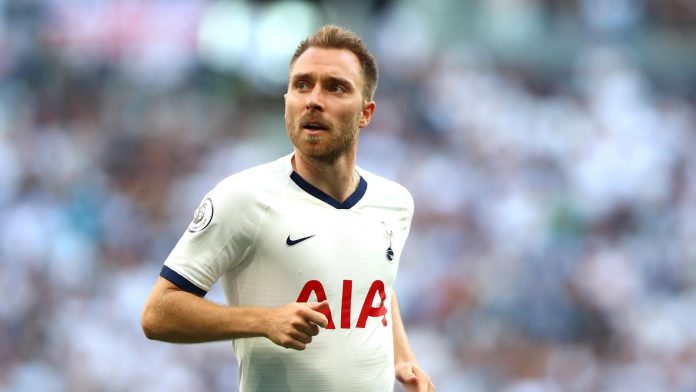 Tottenham Hotspur manager Jose Mourinho has made it clear that he does not want to bring Christian Eriksen back to North London this January, according to Football Insider.

Eriksen left Spurs for Inter Milan in January 2020 for a fee of approximately £17m. Unfortunately for the Denmark international, the move has not worked out, and the player has registered just one goal and two assists in Serie A over the past year.

However, he was a superstar in the Premier League, scoring 69 times in all competitions, making PFA Team of the Year once, and winning Tottenham Player of the Year twice in his six-and-a-half-year spell in North London.

The Inter Milan playmaker has been heavily rumoured to be on his way out of the San Siro in the upcoming January transfer window, with several Premier League clubs said to have been offered his services.

The Dane’s former club were apparently one of the sides in the running for his signature. However, manager Jose Mourinho has reportedly dismissed the possibility of signing the playmaker.

Football Insider reports that Mourinho has privately stated that he is not interested in Eriksen, due to the presence of other attacking midfield options.

The Lilywhites already have the likes of Tanguy Ndombele, Giovani Lo Celso, and Dele Alli available to play in the central attacking midfield position, and Heung-min Son, Steven Bergwijn, Lucas Moura, and Erik Lamela on the wings. This leaves very little space for a player like Eriksen.

Meanwhile, North London rivals Arsenal were also linked with a move for the 28-year-old, but have reportedly prioritised bringing in a centre-back, as well as the younger options of Houssem Aouar and Dominik Szoboszlai.

Inter Milan chief executive Giuseppe Marotta has admitted that Eriksen will probably be departing this January.

As quoted by 90min.com, Marotta said: “If we reach January and the player does not play regularly, so asks to be sold, we will deal with the situation and do so without the slightest bit of controversy.”