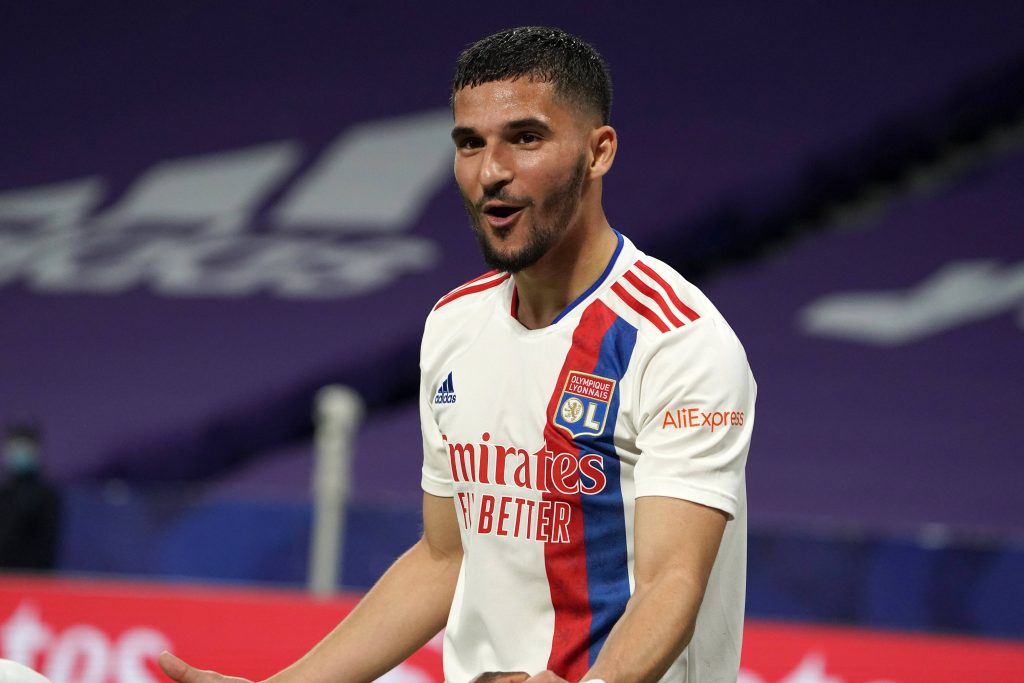 Tottenham Hotspur have offered Lyon the chance to re-sign Tanguy Ndombele in a swap deal for Houssem Aouar, ESPN reports.

Spurs recently joined Arsenal in the race to sign Aouar, who could be available on a cut-price deal of around €25 million.

It is now claimed that the club are looking into an exchange deal for the midfielder, with Ndombele moving in the opposition.

The Gunners are also interested in the France international, but they need to sell one more player before lodging a bid.

Ndombele was purchased from Les Gones for €60m in 2019, but he has failed to live up to the expectations with inconsistent performances.

It is still unlikely that they could cut their losses on the 24-year-old. Spurs will want cash in addition to Aouar if Ndombele returns to Lyon.

This seems an improbable case, particularly with suggestions that the French outfit are looking to ease their financial problems.

Les Gones have yet to respond to the approach. The Gunners could yet beat Spurs to the player’s services by negotiating a cash offer.

They were prepared to pay €35m for Aouar last summer, but Lyon were adamant that they wouldn’t sell him for anything less than €60m.

Their stance has completely changed amid the financial impact of COVID-19. The Gunners could make a bid after the anticipated sale of Granit Xhaka.