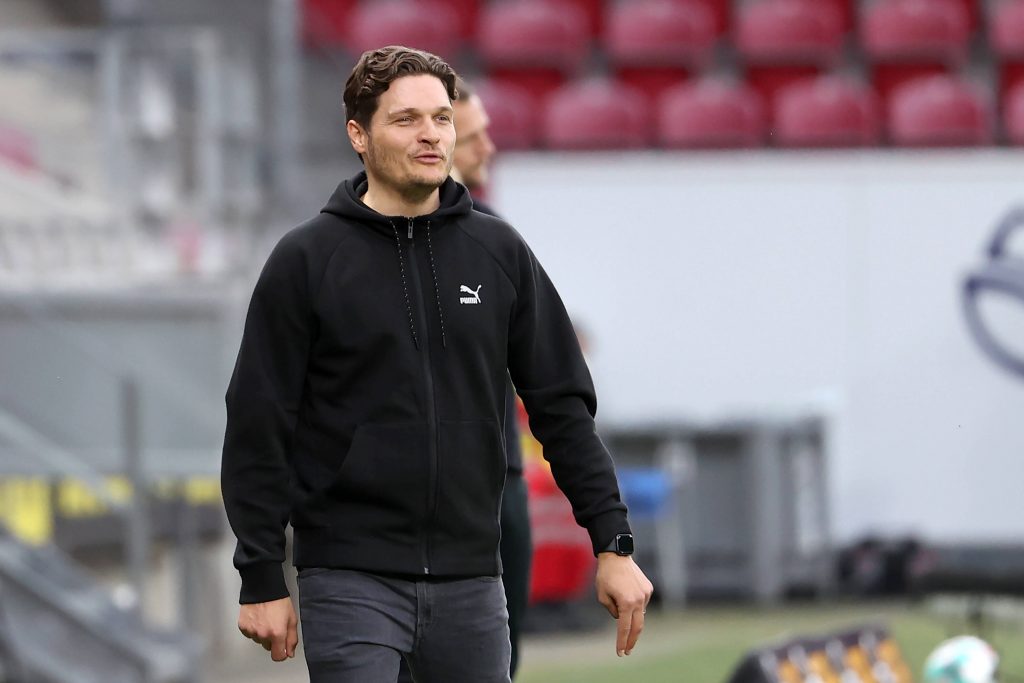 Tottenham Hotspur are eyeing Borussia Dortmund interim manager Edin Terzic as their next permanent boss, according to Bild.

Newcastle United and Crystal Palace are also keen on the 38-year-old, and he could be open to working in the Premier League again.

Terzic has already rejected the chance to become Eintracht Frankfurt’s manager at the end of the campaign, and remaining in Dortmund as one of the assistants of incoming boss Marco Rose is also believed to be an option.

The German coach succeeded Lucien Favre temporarily last December, and it appears he has caught the eyes of Spurs after guiding Dortmund to the DFB-Pokal and a top-four finish.

Tottenham are set to end their 13th season without silverware and are finishing a second consecutive campaign outside the top four, missing out on next season’s Champions League as a result.

They will hope their next manager can hit the ground running, get them playing attractive football, win a trophy and return them to the top-four sooner rather than later, and Terzic fits the bill.

While Erik ten Hag, Ralf Rangnick, Roberto Martinez and Graham Potter are the four candidates in the running for the Spurs job, other candidates could emerge, and it appears the young German tactician is now being considered.

Newcastle head coach Steve Bruce has a year left on his current contract, and owner Mike Ashley has already been linked with a potential interest in Burnley’s Sean Dyche if the Magpies boss walks away.

Palace are looking for Roy Hodgson’s replacement, but whether Terzic would be keen on the job remains to be seen.

He was Slaven Bilic’s assistant at Besiktas and West Ham United, impressing the former West Bromwich Albion manager after drafting and delivering a pre-game opponent analysis for Croatia’s group stage match against the Republic of Ireland at the 2012 European Championships.

A satisfied Bilic immediately offered Terzic the chance to join him as an assistant coach at Lokomotiv Moscow, but he had to wait until the following year before they started working together.

In other news, Ian Wright has claimed that Spurs star made a bad decision agreeing to the club’s terms.