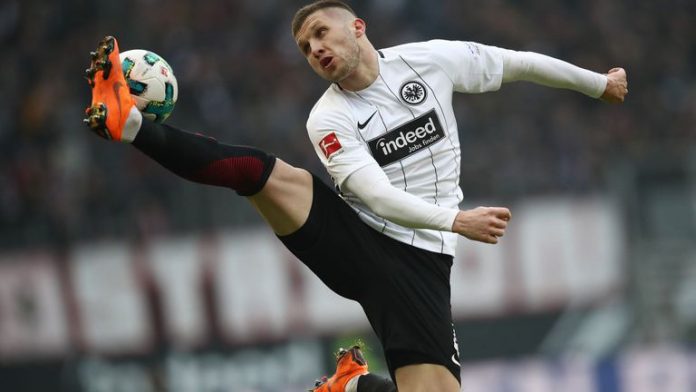 Rebic has been on loan with Eintracht Frankfurt since the summer of 2016 and a deal has been agreed to take him to the Bundesliga side permanently from Fiorentina this summer.

However, according to SportBild, Rebic has emerged as a target for Spurs’ boss Mauricio Pochettino.

No deal could be agreed and Rebic, who is currently part of Croatia’s squad at the World Cup in Russia, joined Fiorentina.

He struggled for game time with the Serie A side and spent time on loan with RB Leipzig and Hellas Verona, before switching to Eintracht.

The Bundesliga club are believed to be open to selling Rebic as long as they receive around £26 million for him, as they have to pay a percentage of any fee to Fiorentina.

Rebic has scored 31 goals in 146 appearances during his senior career, but his ability to play in a number of positions would make him a useful acquisition for Spurs.