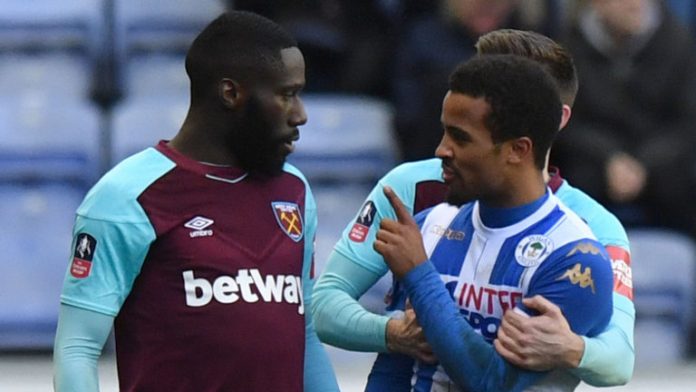 Spurs fans have been reacting on social networking site Twitter to reports coming out from The Sun which suggested that the north London club are targeting the Hammers left-back as they prepare to lose Danny Rose to Manchester United.

The 24-year-old defender who joined the Hammers in 2016 from Greek side Olympiacos for £6.2million, has proved to be a decent signing for the club. The left-back who can also play as a wing-back has impressed in recent matches,  and it has caught the attention of rival London clubs, Chelsea and Spurs.

Masuaku, who earns around £25k-per-week according to the Daily Star, is keen to play Champions League football, something Spurs can provide him in the next season. However, it seems that Tottenham fans aren’t exactly overwhelmed with the transfer link, with many feeling that he is not good enough to play for Mauricio Pochettino’s side.

Unbelievable…he is the worst footballer ever

Good player going forward ! Not sure about defensively

Last season I did a worst XI of the season and he was the left back ?

Nahhhhhhhhh, just cant understand the hype he has got after he did that skill. Terrible defender and isnt anything special going forward

Rose has played second fiddle to Ben Davies and he is likely to leave the club at the end of the season. Spurs will be looking to bolster that area, but there are other better options available in the market, like Luke Shaw or maybe Ryan Bertrand.