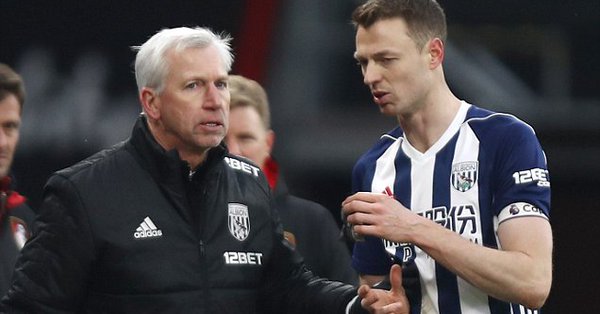 According to reports from The Telegraph, Tottenham have identified West Brom defender Jonny Evans as a potential target to replace Toby Alderweireld.

The Belgian defender is one of the best in the Premier League, but Spurs are struggling to hold on to him beyond the summer.

The 29-year-old is yet to sign a new contract and the north London club could be looking to cash in on him given he has a £25million release clause in his contract which can be activated in the summer of 2019.

Evans is a vastly experienced central defender who has impressed for the Baggies since he joined from Manchester United in 2015.

The northern Irishman has a £3 million release clause in his contract which can be activated if West Brom are relegated to the Championship. The Baggies are battling for survival, and chances are high they could be relegated.

In such a scenario, getting a player of Evans’ calibre will be a bargain. He could be a very good squad player for Spurs at that price, but certainly the idea of him replacing Alderweireld is underwhelming.

Spurs fans have taken to Twitter to express their reaction. Here are some of the selected tweets:

Yes, 3m for Jonny Evans is an absolute steal, no he is not the answer to any question that might face our club nor will he ever be. Nothing against him as a player, just not the direction we should be headed. He is already 30 so even at 3m, I can’t see it.

Proper Levy that is; Sell Toby to PSG for £50m and buy Jonny Evans for £3m. Hands him to Poch who turns him into the best CB in the world while Toby’s hamstrings fall to bits in Paris. #COYS https://t.co/7jugGPLMAf

To be fair to Daniel he saw ahead by buying Sanchez 40m! Evans is a good squad player as is Toby currently!

They’ve been trying to give Toby a new contract for ages. Sanchez was brought in because Toby won’t sign. Evans would be cover

Replacing Alderweireld with Jonny Evans is the most Levy move since he gave Redknapp Saha and Nelson when he wanted Tevez and Cahill in January of a title race!!

Levy keeps dishing out the banter, his loyal legion of adoring fans continue to lap it up