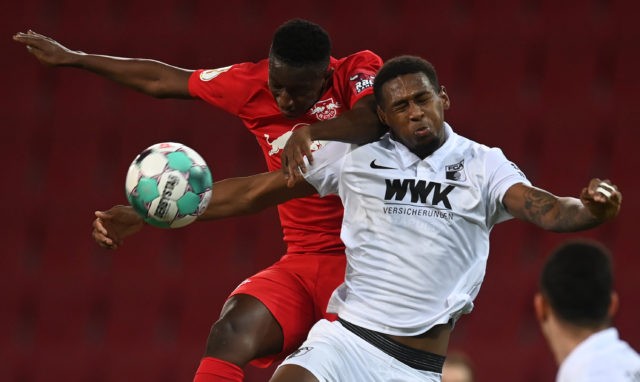 Many Tottenham Hotspur fans have taken to Twitter to express their reaction to reports linking their club with a move for Ibrahima Konate.

Earlier this week, popular football journalist Rory Smith claimed that Liverpool could move for the RB Leipzig star this month as they look to bolster their defensive options.

However, according to a recent report from Bild, Spurs are firmly in the hunt alongside Manchester United and Liverpool to sign the defender.

Although several Premier League clubs are vying for his signature including the likes of Arsenal, Liverpool and Manchester United, it is Spurs who are top candidates to sign Konate.

Many Spurs fans feel that the 21-year-old defender would be a fantastic addition for the north London club in the summer. Apparently, any potential suitor will have to pay a fee of around £26.5 million, which is his release clause.

I will give anything for him

Like when we spent however much on an Ajax centre back and got Sanchez instead of De Ligt! Going for the wrong one again!

This guy is better than Upameacano Imo. Sell Dier and Sanchez let’s get him and let our homegrown players get more first team chances.

Better than all of our options, pleas get him Levy.

Good signing some people believe he's even better than Upamecano

The Frenchman is a top-class defender with massive potential. He would be a fantastic addition to the Spurs squad in the summer.

Davinson Sanchez has massively underperformed and he could be sold in the summer. Joe Rodon is an exciting talent but he needs more time to become a regular Premier League defender.

With so many clubs interested in signing him, it could fall on the player to decide where he goes. Tottenham’s chances of getting the defender will increase if they can offer him Champions League football next season.