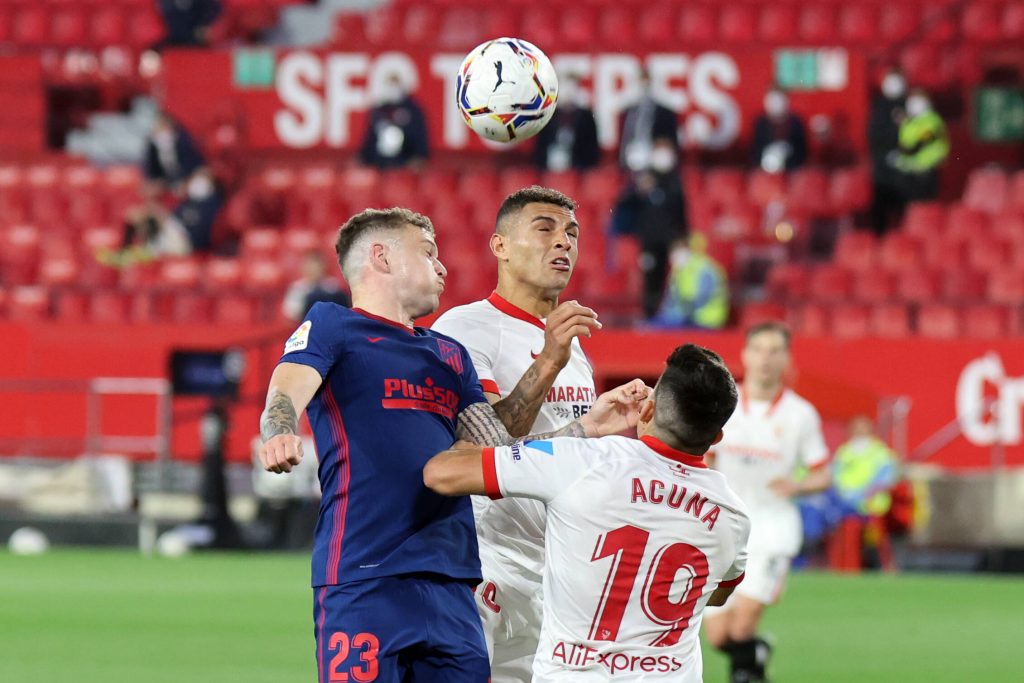 Tottenham Hotspur fans have taken to Twitter to express their reaction to reports linking the club with a potential move for Sevilla defender Diego Carlos.

According to reports from Spanish media outlet, La Razon, Jose Mourinho wants to sign Carlos in the summer transfer window.

The Portuguese boss appears to have been frustrated with the current defensive set-up, and he wants to add a new top-quality defender in the summer.

Spurs have earmarked Carlos, who has impressed heavily for Sevilla this season. He reportedly has a £64 million release clause, and Spurs are unwilling to pay that amount.

However, the north London club have come up with a clever solution. Sevilla are interested in signing Davinson Sanchez, who has not had the best time with Tottenham.

Spurs are looking to include Sanchez as part of the deal to sign Carlos.

Many Spurs fans want the Colombian to be sold in the summer, and they are open to the idea of a potential swap deal, with Sanchez moving the other way.

The 28-year-old Brazilian is a superb player, and he would be a quality addition for Spurs. Here are some of the selected tweets:

Carlos would be a great addition to Spurs. As long as Jose is no longer the gaffer!

Please let this be true. More for getting rid of Sanchez than anything.

Carlos is a leader

absolute steal if we do the swap deal 😅

In other news, Kieran Tierney is sidelined for up to six weeks with a knee injury.