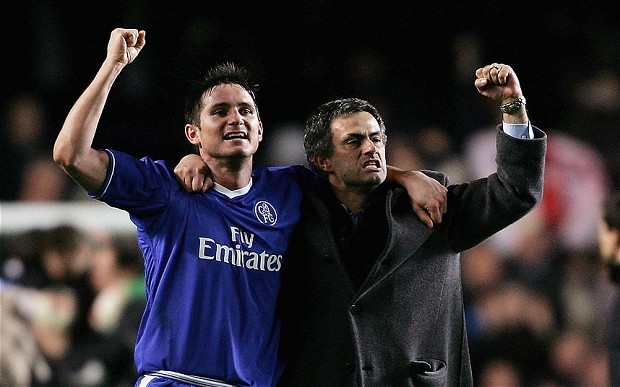 The battle of the weekend takes place at the new White Hart Lane where Tottenham Hotspur host Chelsea. Jose Mourinho doesn’t only face his former club, but also his former player, Frank Lampard as their manager. It is one of the many subplots of this London derby. Before the all exciting clash itself, here is the combined XI of the two Londoners:

In goal, Hugo Lloris takes charge. The French and Spurs captain is among the most experienced keepers around, blessed with excellent shot-stopping and distribution skills. Kepa Arrizabalaga and Paulo Gazzaniga are both able keepers as well, but have had a lot of shaky moments in their respective careers and have simply not done enough to displace Lloris.

Covering the right flank will be the Chelsea captain, Cesar Azpilicueta. Azpi has been one of the most dependent and consistent Premier League players in the past decade. He is as solid as they come. The Spaniard’s worldliness and know-how have been essential to Lmaprd’s young side. Serge Aurier leaves a lot desired, especially in the defensive half while Reece James still has a long way to go.

At the heart of the defence is Toby Alderweireld. The Belgian is among the most complete defenders in the league. Like Azpi, Alderweireld has been doing it for the most part of the decade, racking up clean sheets. His distribution is excellent, so is his aerial prowess, tackling and blocking.

Partnering Alderweireld will be Chelsea’s Toni Rudiger. The Blues’ seniormost centre half is composed on the ball and is generally reliable at the back. More so than Chelsea youngsters Fikayo Tomori, Kurt Zouma and Andreas Christensen and even Davinson Sanchez for that matter. The Colombian has shown instances of rash defending and this is why Rudiger takes his place in the combined XI.

On the left side of the defence is Jan Vertonghen. The Spurs #5 has been Alderweireld’s partner in crime over the years. Vertonghen shares similar traits to Alderweireld as in being comfortable in the build-up phase, terrific in one v ones and an excellent box defender as well. Under Mourinho, Vertonghen has been playing as the inverted left-back, tucking in to form a back three off the ball and he’ll be replicating a similar role in the combined XI. Chelsea’s Marcos Alonso and Emerson are both not up to the task, especially defensively.

At the base of the midfield is Jorginho, aka the Regista role. The Italian has been great at the heart of the Chelsea midfield, dictating the play and controlling the tempo.  His distribution has been top class. Tottenham’s Eric Dier and Harry Winks simply have been far from their best.

Mateo Kovacic has been in a league of his own this season. He is press resistant, an excellent dribbler and an even better ball carrier. The Croatian has been nothing short of a revelation in midfield. His form puts him in the combined XI, ahead of Tanguy Ndombele, who has had a few injury problems.

N’golo Kante is simply among the best midfielders in the world, be it playing a defensive or a box-to-box role. His energy, intensity and simplicity are what make him stand out, apart from his obvious technical abilities. Moussa Sissoko plays a similar role for Spurs but is simply not on Kante’s level.

Dele Alli has had a complete turnaround under Jose Mourinho. Alli is one of the most effective number 10’s around, scoring and assisting for fun. His movement and pressing, both on and off the ball cause tandem for opposition defences. Mason Mount plays a similar role but is simply not comparable to Alli, especially at this stage of his career.

On the left side of the front two is Heung Min Son. The South Korean is a deadly forward, who makes precise runs and incise finishes. He is an excellent dribbler and is a lethal weapon on counter-attacks. The likes of Willian and Christian Pulisic cannot match Son’s consistency and goal output.

Leading the line Harry Kane, of the best strikers around. He is not only an excellent target man, but also a complete centre forward who can drop off in between the lines to link play. Kane is clinical in front of the goal, able to score headers, tapins or long rangers.