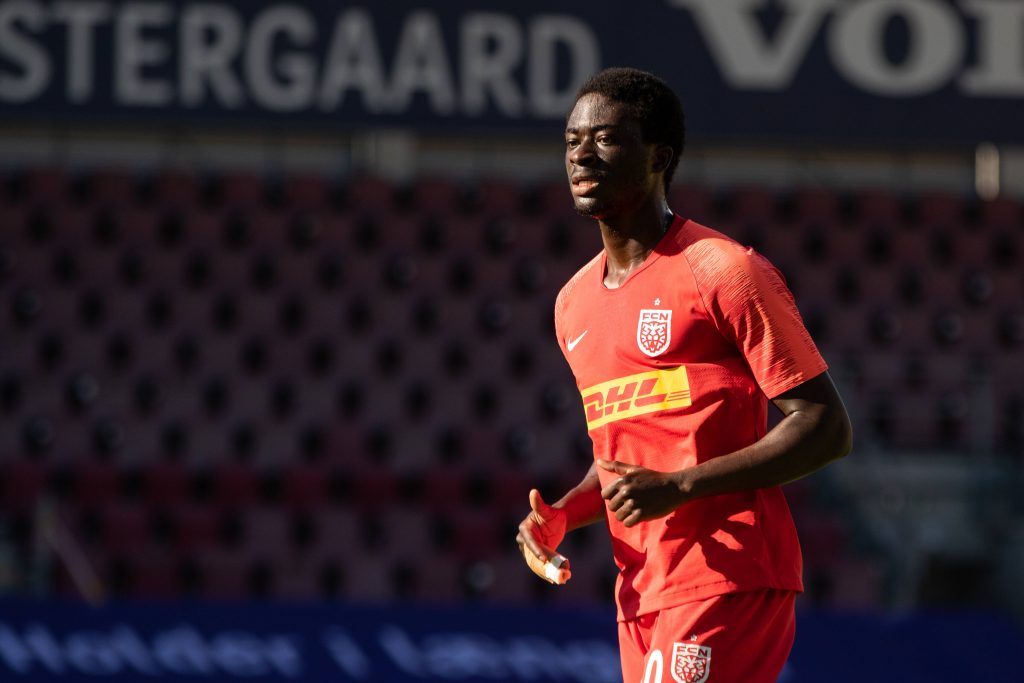 Scottish Premiership heavyweights Celtic have previously shown an interest in the Ghanian, but it appears that he could be on his way to the Premier League in the coming months.

Mumin joined the Portuguese top-flight outfit from Danish side Nordsjaelland last year and is now valued at around £15 million.

His price tag has ruled Celtic out of the race, but it should not be a problem for Spurs, Villa or Newcastle.

Tottenham are looking to bolster their defence this summer, and the 22-year-old is seen as someone who could become a quality addition given his huge potential.

Mumin has pace to burn, is aerially solid and comfortable on the ball, and has played a key role in helping Vitoria challenge for the Europa League places.

Eric Dier and Davinson Sanchez have struggled to impress consistently, while 32-year-old Toby Alderweireld does not have long left at the top of the game.

Joe Rodon has not been able to impress Tottenham interim boss Ryan Mason, and a move for Mumin could be on the cards.

Villa and Newcastle also need fresh additions to their defence this summer.

Dean Smith wants more competition and quality cover for Tyrone Mings and Ezri Konsa at the Midlands outfit, while Steve Bruce is likely to bring in another centre-back should he remain in charge at St James’ Park beyond the end of the season.

Mumin will be keen to continue his development by moving to a club where he is guaranteed frequent playing opportunities, and that could give Villa and the Magpies an edge over Spurs in his pursuit.