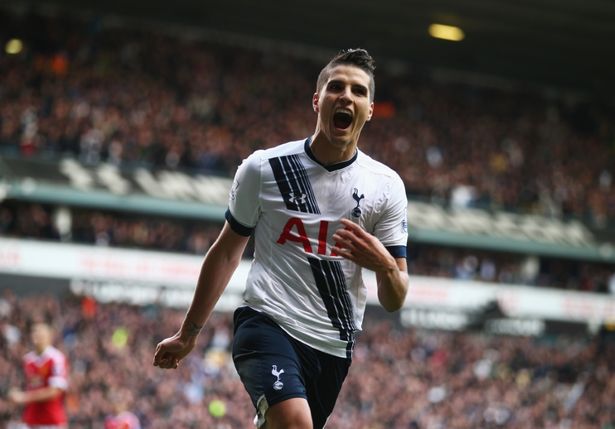 It was United who started the game in the front foot, enjoying majority of the possession, but with no clear cut chance at goal, ended the half with no shots on target. Erik Lamela put the ball at the back of the net for Spurs in the first half but was ruled offside invoking a chorus of boos from the stands.

Tottenham did appear to be more composed in the second half and tested the United defence with a series of attacks. The breakthrough came in the 70th minute when an excellent ball from Christian Erikson found 19-year-old Dele Alli who calmly slotted home from close range.

United’s defence appeared daze and confused as Spurs piled on the pressure and added a third after just two minutes through a Lamela shot from the edge of the penalty area.

This defeat puts Louis van Gaal’s side at fifth four points behind neighbours Manchester City while Tottenham remain hot on the trails of high flying Leicester City who lead the Premier League table by a ten point margin.

Van Gaal’s tactics remain a subject of criticism from the vast multitudes of United fans and today was no exception. Juan Mata was shifted out wide and Jesse Lingard was handed the vital No.10 role which ultimately failed to bore any results. The half time substitution of Marcus Rashford didn’t go down well with the fans as the Dutchman, instead of Anthony Martial, stuck Ashley Young up front to operate as a lone striker.

The only positive from this lacklusture United side was the cultured performance of teenage defender Timothy Fosu-Mensah who started at right back ahead of Matteo Darmian. The young Dutchman produced a couple of sensational last ditch tackles to deny Harry Kane and Kyle Walker who were almost certain to score in the first half. Unfortunately for United, the 18-year-old was taken off the pitch after a clash with Dele Alli and was replaced by Darmian.

Today’s victory marks the end of a fifteen year wait for Spurs to beat United at White Hart Lane. Pochettino’s young and vibrant side wreaked havoc inside the United half in the last quarter of the game justifying their credibility as serious title challengers. With five games still to play and seven points behind league leaders Leicester, the North London side will be hoping to end the season on a high.