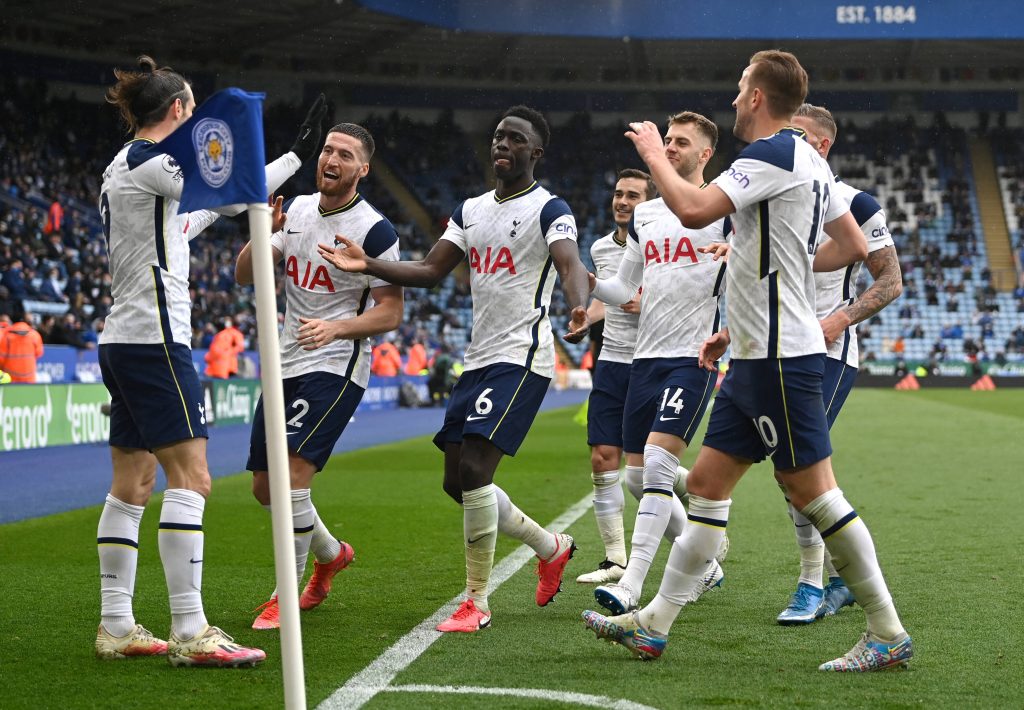 Another season goes by for Tottenham Hotspur, and they remain without any silverware since 2008.

The Lilywhites sold their soul to the devil by bringing in Jose Mourinho, who was expected to be the man to finally end the trophy drought at the north London club. But even the Special One couldn’t complete this task, despite a strong start.

They ended up in seventh place, qualifying for the Europa Conference League on the final day.

Golden Boot winner, Playmaker award winner – he’s not only been the best player at Tottenham but possibly the best in the league.

Harry Kane has enjoyed a phenomenal season, scoring 33 goals in all competitions. His 23 in the league was enough to secure the third Premier League Golden Boot of his career – only Thierry Henry has more.

On top of this, he recorded a further 17 assists, taking his goal contributions tally to 50 in 49 outings.

The England captain has been at the heart of plenty of media speculation, having reportedly requested to leave the club. With numbers like these, there is sure to be a lot of interest.

Spurs’ trip to Old Trafford back in October didn’t get off to the best of starts. Anthony Martial was brought down by Davinson Sanchez, allowing Bruno Fernandes to convert from the penalty spot in the second minute.

From then on, it was almost perfection from the visitors.

Jose Mourinho’s men hit back almost instantly, netting two in the next five minutes. Tanguy Ndombele took advantage of some generous defending to slam home an equaliser, and Heung-min Son finished after being played through by Kane’s quick free-kick.

Things got worse for Man Utd when Martial was sent off after a clash with Erik Lamela, and some more poor defending allowed Kane to add to the scoreline. Son added a fourth before half-time from Serge Aurier’s cross.

After the break, Aurier went from provider to scorer, finding the far corner after a wonderful passing move.

And the humiliation was complete in the 79th minute when Kane stuck away a penalty after Ben Davies was fouled by Paul Pogba.

The Europa League was a huge chance for Spurs to end their trophy drought. And, when they defeated Dinamo Zagreb 2-0 in the first leg of their round of 16 tie, everything seemed to be going according to plan.

The reverse fixture was where things started to unravel. Mislav Orsic hit a beauty to put the Croatian side back in the tie and then netted another in the final ten minutes to take it to extra time.

Early in the second half of extra time, Orsic completed his hat-trick after a marvellous solo run and finish from the edge of the box. Spurs were behind, but just one goal would see them through.

With time running out, the Londoners had a glorious chance to get that crucial goal, and it fell to the perfect man. However, Kane’s effort was saved when he really ought to have scored.

It was a humiliating night for Tottenham, who had let one of their best opportunities to win some silverware pass by.

Last summer, Tottenham brought in more players than usual, with many believing that they had enjoyed the best transfer window in the league. And some of these signings proved to be a success, but others have underperformed.

The biggest hit has been Pierre-Emile Hojbjerg, who has been one of the club’s best players over the last 12 months.

The former Bayern Munich midfielder was brought in for just £15 million from Southampton and is still relatively young, so there could be more to come from him.

Gareth Bale is another who has performed admirably. There have been question marks over the Welshman, who is evidently not the player he used to be.

Nonetheless, his 11 goals in the league prove that he still has plenty left to offer at this level.

Bale’s compatriot Joe Rodon was signed from Swansea City on deadline day. He has done fine and could be one for the future.

Sergio Reguilon has shown flashes of the form that saw him earn so much attention but has been inconsistent.

Carlos Vinicius has provided back up for Kane, which is what was expected of him.

The most disappointing signing was Matt Doherty. Having established himself as one of the most productive full-backs in the league at Wolverhampton Wanderers, the Irishman has struggled to make an impact this term, often finding himself behind Aurier and Japhet Tanganga in the pecking order.

Jose Mourinho was appointed for one reason – trophies. It’s what the Portuguese specialises in. He’s won 25 in total across his managerial career.

He left the Tottenham Hotspur Stadium in April without any more medals to add to his collection.

There was a time earlier in the season when they looked like title contenders, but they quickly fell away. Round of 16 exits in the FA Cup and Europa League put their chances of a major honour in doubt.

Their last hope of glory came in the Carabao Cup, having knocked out Chelsea, Stoke City and Brentford to reach the final.

Mourinho was set to lead his side into a clash with Manchester City at Wembley. Until he was sacked just days before the game, that is.

In a bizarre turn of events, Mourinho was dismissed from Spurs less than a week before the cup final and replaced by Ryan Mason.

Mason went into the clash with just one game’s experience under his belt, and his opposition was the runaway leaders of the Premier League.

It was never going to be easy, but Spurs were toothless and ended up losing 1-0.

There was an emphatic 4-0 over Sheffield United and an impressive victory over Leicester City, but also dire displays against Leeds United and Aston Villa.

The Englishman was thrown into a tough situation, so it’s harsh to judge him.

As for Mourinho, the football wasn’t glamorous, and the results weren’t enough to back it up. Maybe he would have won them the Carabao Cup, but we’ll never know.

Another really disappointing season for Tottenham, having once looked so promising.

There have been a few shining lights, most notably the performances of Kane, Son and Hojbjerg, who can hold their heads high.

But they once again failed to win any major honours, and they look further away from the biggest prizes than ever before.

This summer will be an important one. Keeping hold of Kane could be vital if they wish to get back into the top four.

However, if he is sold, it is just as important to re-invest the money wisely into the squad, as they need reinforcements all over the pitch.