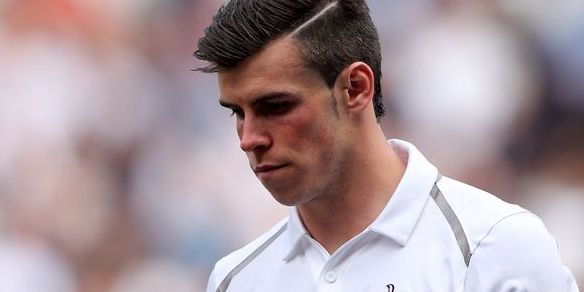 Tottenham Hotspur are prepared to sell Gareth Bale to Real Madrid but the North London outfit will ask the Spanish club to include Alvaro Morata as a makeweight to increase the prospect of the deal.

One of the few things we have definitely learnt over the years regarding Tottenham is – it is almost impossible to out-haggle Spurs in the negotiation table with Daniel Levy in charge of transfer dealings. The man is not only a shrewd businessman but a visionary too.

He knew that Gareth Bale’s head will be turned when Real Madrid would offer a world-record bid for him. Quite natural and one cannot blame the welsh talisman for that. However, as usual Levy wants to dictate the transfer tussle and has already gained an upper hand by putting Madrid into back foot again by requesting to involve Alvaro Morata into a cash plus player exchange offer, which would take the deal past the £100 million mark.

Madrid are hell-bent in signing Bale this summer and will take the sign as positive that at least Spurs have indicated their will to sell the winger provided the price is right. The Los Blancos have put forward the left-back Fábio Coentrao and the winger Angel di María as a potential make-weight for this deal, but Levy wants any negotiation to take place involving the highly rated Spaniard,  who has a long-term deal at the Bernabeu with an enormous release clause.

Morata, who won the Golden Boot as Spain won the European Under-21 Championship this summer, is regarded as one of the brightest young talent in Europe and Madrid have already planned a  future for him. One of the reasons why Coach Carlo Ancelotti sanctioned the £32 million release order of Gonzalo Higuain was motivated by the growing feeling that Morata is more than ready to step up to the first team, not to serve as back-up for Karim Benzema, but to challenge the Frenchman for that position too.

The 20-year-old is touted as the future No9 of Spain and Madrid would loath to lose such a precious jewel of their academy. Player plus cash exchange transfers are usually complex and particularly rare when any marquee names are involved.

As it stands, Real Madrid’s world record offer of €100m (£86m) in straight cash for Gareth Bale does not seem enough to prize him away from White Hart Lane. Madrid may look to reduce the cash offer if they include Morata, but that would hardly satisfy the Spurs chairman, who is now in total command of this transfer and wants the negotiation to take place as per his terms and conditions.