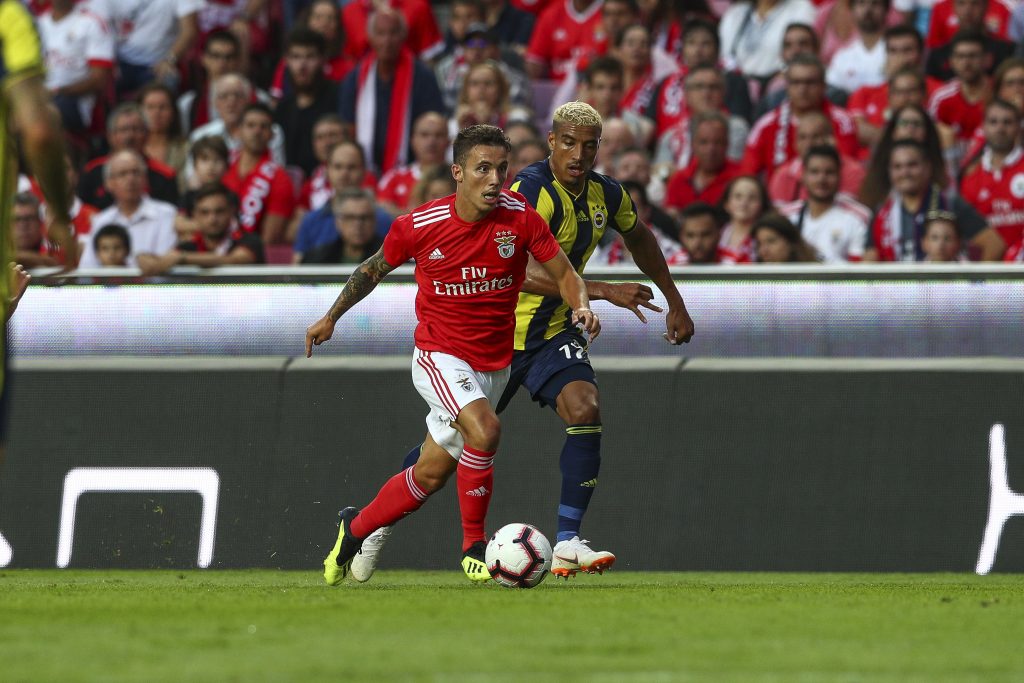 Tottenham are interested in signing the Benfica star Alex Grimaldo this summer.

As per Record, the 24-year-old is valued at around £30m and the Londoners are reluctant to pay that much for Grimaldo.

Jose Mourinho needs to improve his left-back options and Grimaldo could prove to be a quality addition. He has proven himself in the Portuguese league and in the European competitions.

Grimaldo has the ability to make the step up to the Premier League.

Spurs currently have Ben Davies and Danny Rose as their left-backs. Rose is on loan at Newcastle and he is expected to leave permanently this summer. Davies, on the other hand, isn’t good enough for a team aspiring to challenge for the Champions League and the Premier League.

It will be interesting to see what happens in the coming weeks. Spurs certainly have the financial muscle to pull this off and Levy should look to back his manager.

Spurs must plug the gaps in their squad this summer if they are to challenge Manchester City and Liverpool next season.

Grimaldo would be one such signing that could take them to the next level.

Here is what the Tottenham fans had to say about the links with the 24-year-old full-back.

This is stupid, just pay the money

Its cheap for him wtfffff

Such a deal come on levy

What??? I thought we would pay 50 mill and it would be a bargain