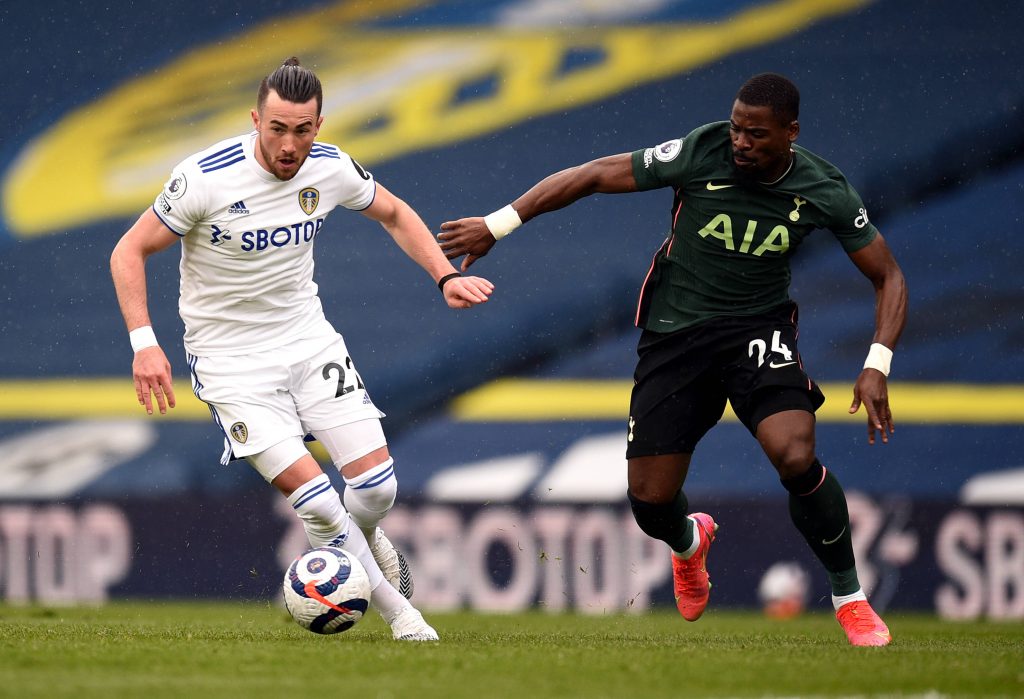 Tottenham Hotspur’s Champions League hopes are in tatters after they suffered a 3-1 defeat against Leeds United in the Premier League at Elland Road on Saturday.

Stuart Dallas, Patrick Bamford and Rodrigo scored for Marcelo Bielsa’s side. Heung-min Son pulled one back for the visitors.

It was a poor performance for Spurs, who were outclassed in every department by Leeds. Apart from Hugo Lloris and Dele Alli, none of the players stood up to the task.

Many Spurs fans took to Twitter to express their reaction to Serge Aurier’s performance who had a miserable time.

The 28-year-old was brilliant against Sheffield United in the previous match. And there lies the conundrum with him – inconsistency is the only feature that sums up his Spurs career.

Aurier was busy down his flank but couldn’t prevent Jack Harrison from influencing the game. He was outnumbered when the ball was put across for Bamford.

He did make an attempt at goal that drew a smart save from Illan Meslier but was out of position for the final goal.

How on earth is Serge Aurier a professional footballer?

So much dead wood in this squad, bringing on lamela is a complete joke, and If Dier and Aurier are at Tottenham next season we know what to expect. #THFC

1. Aurier and Dier gotta go.
2.Mason definitely isn’t the man to take us fwd.
3. Club has to find some money for reinforcements.
4. New manager needed ASAP.

Aurier, Dier and Sergio are all having awful games defending #thfc