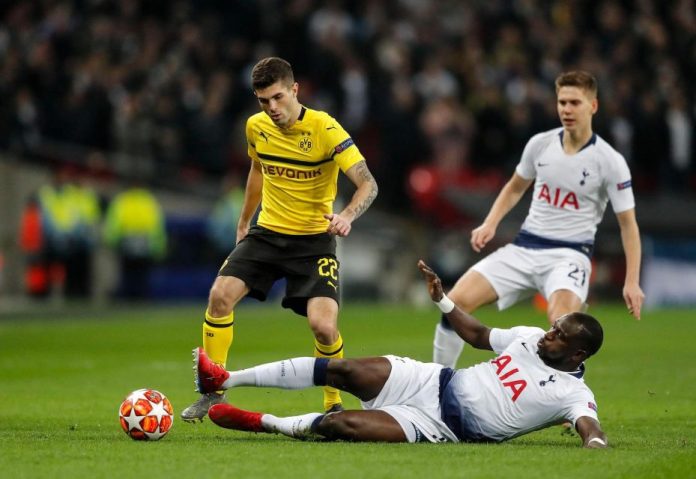 The Frenchman was outstanding for the home side and the fans have been raving about his performance on social media.

Sissoko’s drive and determination from the midfield was admirable and he did well to break up the play at times as well.

His presence troubled the likes of Witsel and Delaney and the Dortmund duo struggled to build up and control the tempo of the game.

Sissoko has had his fair share of criticism at Tottenham since joining the club from Newcastle United. However, his rise has been meteoric this season.

Pochettino seems to have completely transformed the box-to-box midfielder and he has been a tremendous presence for the Londoners.

Spurs have not felt the absence of Dembele because of his performances so far.

It will be interesting to see if he can guide the Londoners to a trophy this season. If he keeps up this kind of form, Spurs will certainly do well as a team.

Here are some of the fan reactions to his display.

Can’t believe I’m saying this but actually think we are a better team with Sissoko in CM than we were with Dembele ?

Sonny – Most underated player in the world.

I love every single one of those players tonight! Proud to be a lilywhite! #COYS #THFC