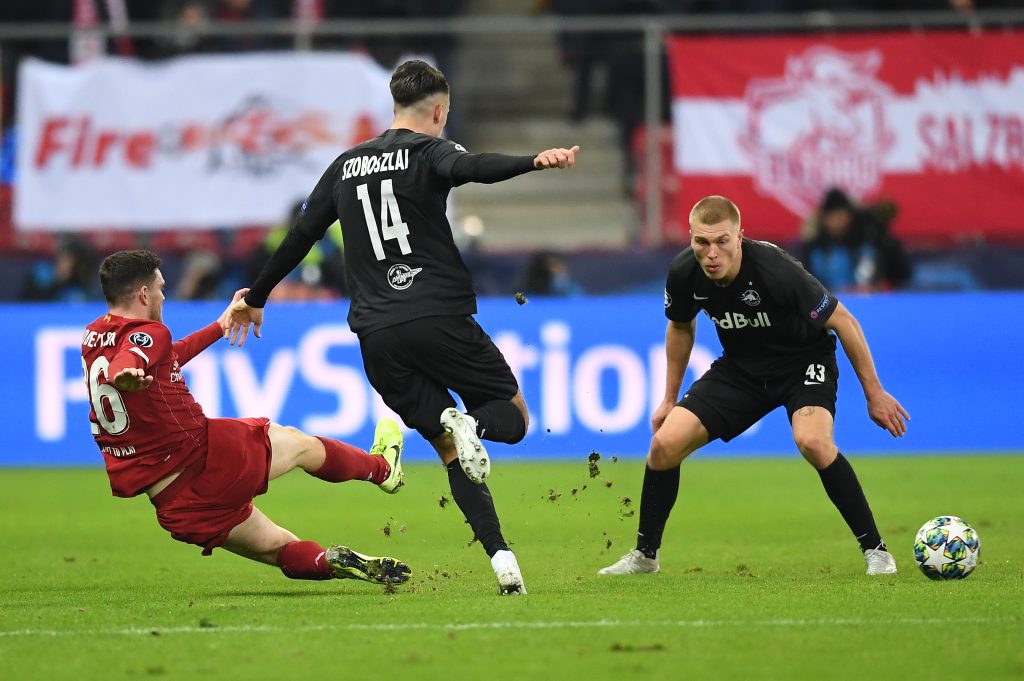 Tottenham are thought to be keen on signing the RB Salzburg midfielder Dominik Szoboszlai.

According to Italian Journalist Alessandro Jacobone, Jose Mourinho’s side want to sign the player along with Arsenal.

The 19-year-old is highly rated in Austria and he is regarded as a top class talent. If Spurs manage to sign him, it would be quite a coup for them.

The midfielder has all the tools to develop into a star for them.

RB Salzburg have already sold the likes of Minamino and Haaland recently and it will be interesting to see if they are open to selling another player.

The Austrian outfit are under no pressure to sell and Spurs might have to offer an astronomical sum to turn their heads.

Szoboszlai can operate in the wide areas as well but he is a natural central midfielder. The 19-year-old can play as the attacking midfielder as well.

He will add goals, composure and creativity to Tottenham’s midfield next season.

It will be interesting to see if Spurs can beat their London rivals to the player’s signature now.

Some of the Tottenham fans have taken to Twitter to share their thoughts on the Dominik Szoboszlai links. Here is what they had to say.

Szoboszlai would be an amazing signing, except we don’t really need any more attacking midfielders and if Leipzig don’t allow Salzburg to sell him – they won’t lmao

I’m all about this. Latest stud to be coming out of the RB system. Can play in attack or CDM. Let’s get it.

GOOD MOVE. Tbf, most RB signings are good because they have top recruitment!

He’s good but not a position we need, has been linked to Arsenal and Milan a lot before