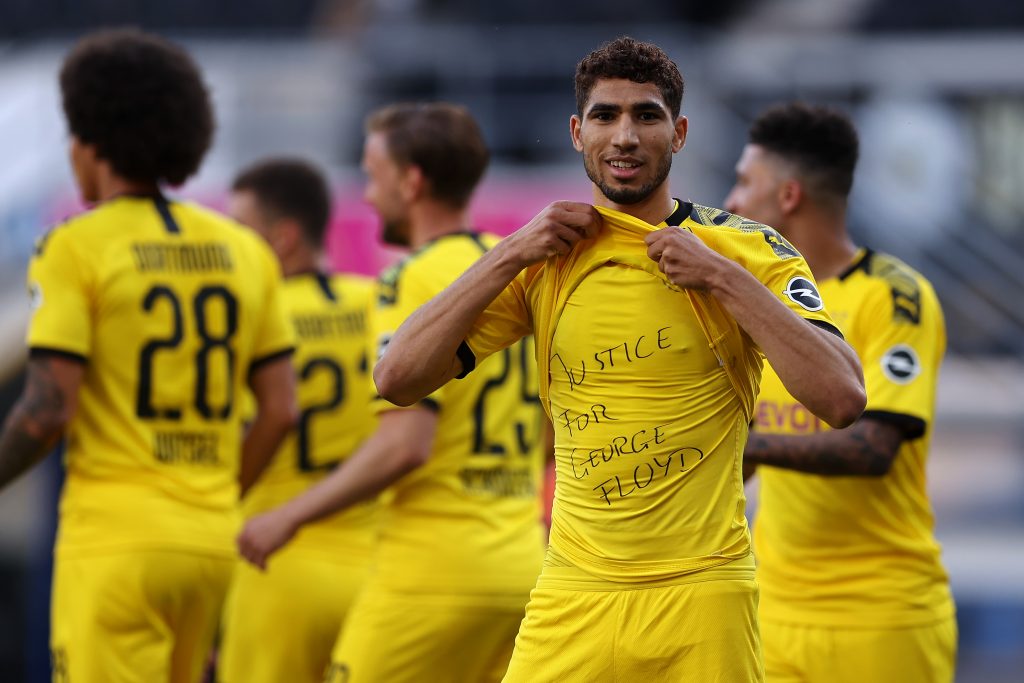 Tottenham have been linked with a move for the Real Madrid defender Achraf Hakimi.

The player is currently on loan at Borussia Dortmund and he has been excellent for them.

Hakimi is expected to develop into one of the best right-backs in the world and he would be a tremendous addition to Mourinho’s defence.

We covered reports yesterday that Spurs have made enquiries for the player.

However, the move seems quite unlikely. It would be a massive surprise if Real Madrid let him leave permanently.

Hakimi is the future replacement for Carvajal and Zidane will not want to cash in on him.

It will be interesting to see if Spurs submit an offer for the player in the coming weeks.

The Londoners are expected to have a limited transfer budget this summer and there is no way they can tempt Real Madrid with a sizeable offer.

Apparently, Hakimi has a release clause of £50 million in his Real Madrid deal.

Hakimi is likely to return to Santiago Bernabeu in the summer and he could be a starter for Real Madrid next season.

The 21-year-old has 9 goals and 10 assists for Dortmund this season.

Some of the Tottenham fans have taken to Twitter to share their thoughts on the player and the links with him.

Signing this guy would be incredible. He’s a baller!

No way Madrid sell, he’s their RB for the next 10 years.

There’s literally no fullback in the world that would be better, shame it’s not gonna happen