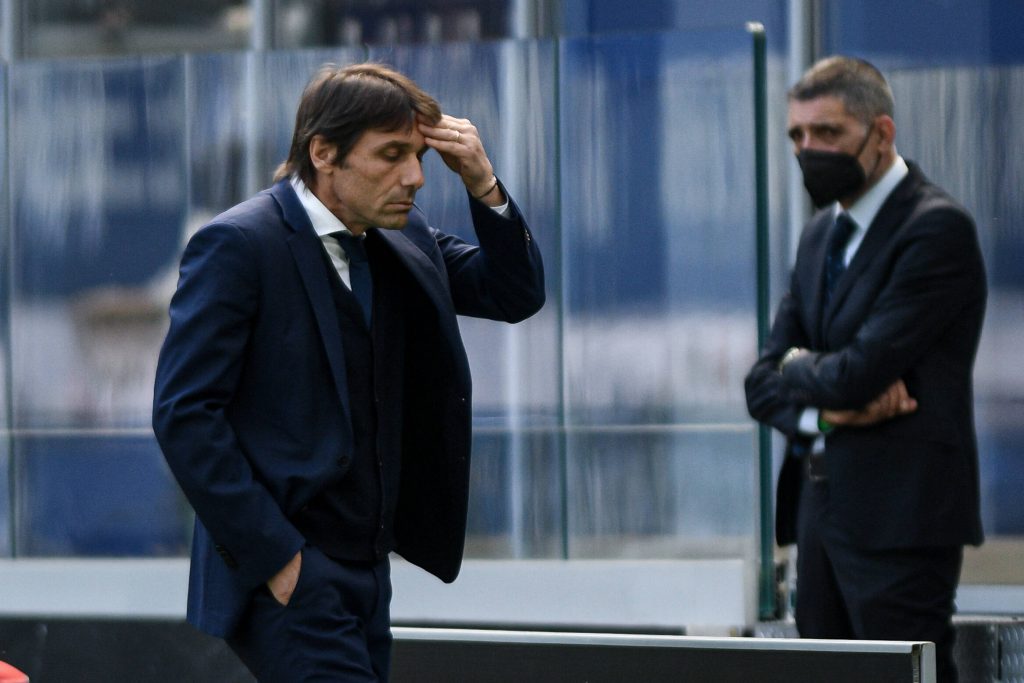 Tottenham Hotspur were lining up a move for Italian manager Antonio Conte, but the deal appears to have collapsed.

According to the Guardian, the Londoners have now called off their pursuit of the former Chelsea manager but are set to hire Fabio Paratici as the club’s new sporting director.

Jose Mourinho was sacked on April 19, and former Tottenham midfielder Ryan Mason acted as interim boss for the rest of the season.

The Londoners have also been linked with a move for the Paris Saint-Germain manager Mauricio Pochettino.

Daniel Levy must look to appoint a manager who can transform the team immediately and get them back into the Champions League.

Key players like Harry Kane are being linked with summer moves away from the club and the new manager will be expected to convince them to stay.

Conte helped Inter Milan win the league title this past season and he could have been an ambitious appointment for the Londoners.

Some Tottenham fans have reacted to the news of the deal collapsing and here is what they had to say.

If we dont sign Conte my association with Spurs ends. I supported the club as a kid, when they came to Swaziland n when they had Gazza n won their last FA Cup. As fans we have suffered n lived for empty promises from Alan Sugar to Levy. Enough IS Enough

Our club is embarrassing