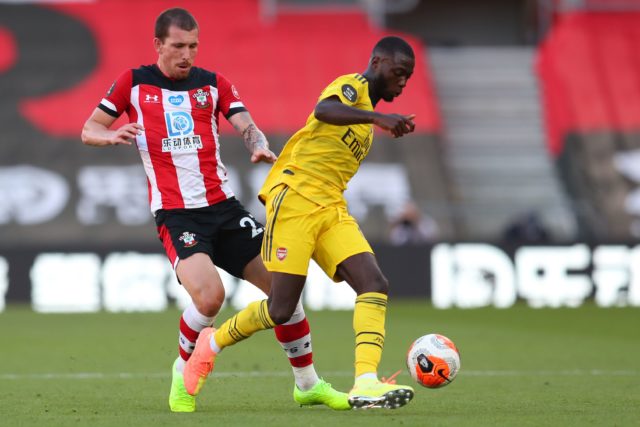 If the widespread reports are to be believed, Tottenham Hotspur and Everton are battling for Southampton midfielder Pierre-Emile Hojbjerg.

The highly-rated Premier League midfielder has expressed his desire to leave Southampton this summer. He has only 12 months left on his contract but the Saints are making it difficult for the potential suitors to take him away easily.

Everton have made two bids already, and both the offers have been deemed below Southampton’s valuation of the player.

The Toffees made an £18million offer for the former Bayern Munich star last week which was rebuffed immediately.

According to reports from talkSport, Southampton have rejected another bid from Everton for the midfielder, thought to be in the region of £20m.

North London is the Danish international’s preferred destination. However, Spurs will have to submit a tempting offer, with Southampton looking at a fee of around £35m.

According to reports from the Evening Standard, the Saints have given Tottenham a deadline of up to 48 hours to respond before pressing forward with Everton.

Southampton, meanwhile, are hoping to secure a permanent deal for right-back Kyle Walker-Peters. The 23-year-old has impressed on loan from Spurs, and they are now looking to sign him permanently.

Many Spurs fans have taken to Twitter to express their reaction after the news broke out. Here are some of the selected tweets:

Then we should add the difference to KWP asking price.

Spurs should walk away. Højbjerg isn't worth £20M. #COYS

£35m is way overpriced I'm not surprised we are not paying that, and if he has this "ambition" he claims he has he wont go to Everton he will push for a move to us

Let them have him for that price.

All negotiations anyway. Southampton know they are in a weak position. The player wants to come to us. We have KWP who they want etc etc etc.

Southampton are forgetting that Hojberg wants to play for us, not Everton.

mou wants him, if we cant back him for very very realistic targets like this levy has to get the boot

Levy better have a significant back-up option if we allow an upper-mid table rival to get him.