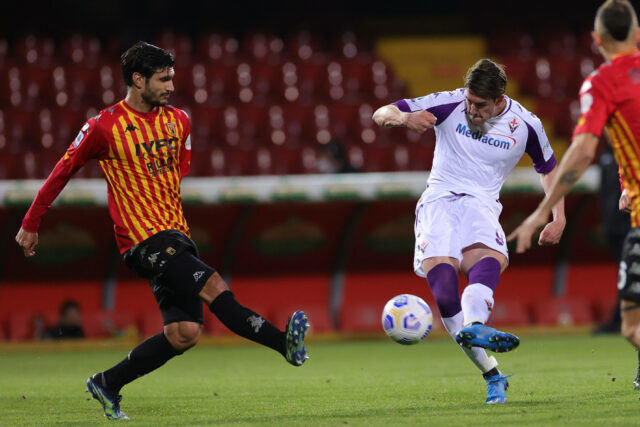 Tottenham Hotspur are reportedly keeping an eye on Fiorentina striker Dusan Vlahovic ahead of a potential summer move.

According to the Italian newspaper La Nazione (h/t TeamTalk), the highly-rated youngster will be in demand this summer after a brilliant season with the Viola.

The report claims that Serie A rivals Roma are also keen to sign the 21-year-old who has been in scintillating form this season, scoring 12 goals in 26 league appearances.

German giants Borussia Dortmund are also keeping an eye on Vlahovic as they see him as a perfect replacement for Erling Braut Haaland.

Tottenham have also registered an interest in the Fiorentina forward, who would likely cost between €50-60 million.

The striker has a contract at the club until 2023, and Fiorentina are looking to offer him a new deal as a reward for his brilliant performances.

Spurs already have an effective back-up option for Harry Kane in the form of Carlos Vinicius, but he has managed just one Premier League start since joining the club on loan in October.

The north Londoners do have an option to sign the forward permanently, but doubts remain about whether they will take that route.

Vinicius has scored six goals and provided three assists in five Europa League starts this season, and yet he has found regular game time hard to come by.

So, how will Spurs convince Vlahovic to join them when he will merely operate as a back-up option? And paying €50m for a back-up striker doesn’t make any sense.

In other news, Spurs and Chelsea are lining up a move for Paulo Dybala.