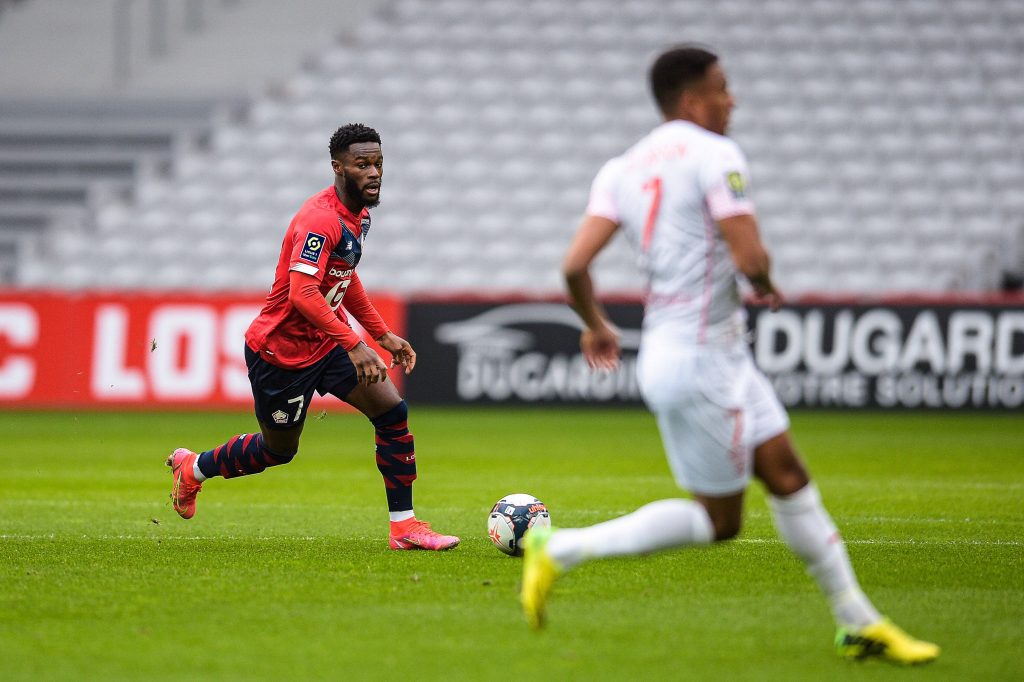 According to reports from Sky Sports, Tottenham Hotspur are checking on Lille winger Jonathan Bamba ahead of a potential summer move.

The report claims that Spurs are unlikely to keep Gareth Bale for another year on loan. The Welshman has one year left on his Real Madrid contract and recently confirmed he will return to Spain.

“The original plan was to do a season at Spurs and after the Euros still have a year left at Real Madrid,” Bale told Sky Sports.

Spurs – irrespective of where they finish at the end of the season – will be looking to add a quality attacking forward in the summer transfer window.

The north London club have been tracking potential new forwards, including Bamba and Nicholas Gonzalez.

Bamba joined Lille in 2018 and has been superb for the French outfit.

The 24-year-old has been in scintillating form this season, managing six goals and nine assists in Ligue 1.

Bamba has a contract at the club until 2023, and as per transfermarkt, he would cost around £22 million.

The summer transfer window is going to be crucial for Spurs, irrespective of where they finish.

Spurs are struggling financially at the moment, and the chances are high that they will not operate on a big transfer budget.

At the same time, rebuilding is needed, and the club requires around five or six players in various positions. Bamba is a good young winger and would be a smart signing for Spurs.

In other news, Newcastle are eyeing a move for Chris Wilder.