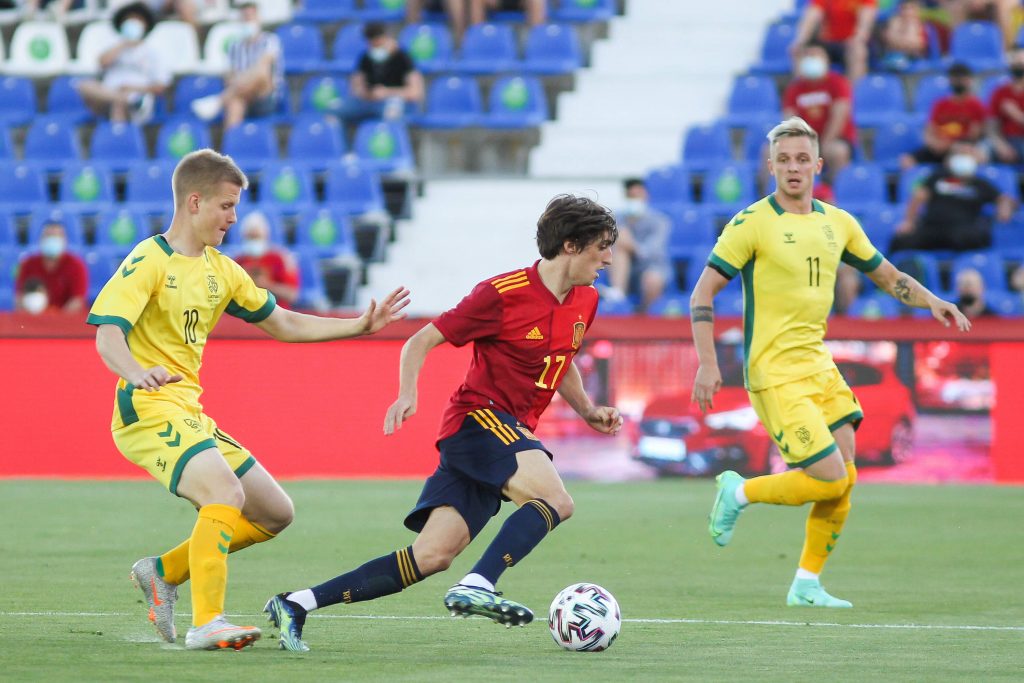 Tottenham Hotspur are closing in on double signings, with Fabio Paratici working up to 20 hours a day on transfer deals.

According to The Athletic, Paratici has all but tied up deals for Bryan Gil from Sevilla, with Erik Lamela and €25 million (£21.6m) going the other way.

Pierluigi Gollini will also join the club from Atalanta, initially on loan with the obligation to buy for €15m (£12.9m) if he makes 20 appearances.

Paratici is a long-term admirer of Gil, with the 20-year-old viewed as one of the country’s most exciting young prospects.

However, he is likely to drop down the pecking order at Sevilla, behind Lucas Ocampos, Suso, Papu Gomez and Youssef En-Nesyri.

With two years left on his current deal, the La Liga club have decided to cash in on him.

The left-footed winger impressed everyone on loan at Eibar last season and is currently in Tokyo as part of a strong Spain Olympic squad.

Paratici recently had a discussion with Sevilla director Monchi regarding a possible exchange deal involving Jules Kounde and Davinson Sanchez.

During the conversation, the Spurs director of football was made aware of Gil’s availability. Monchi felt that €25m-plus add-ons and Lamela made sense.

Gil’s arrival could impact the futures of Steven Bergwijn and Lucas Moura, with Spurs willing to offload the players if good offers come in.

He is seen as a rare talent and has been compared with Aston Villa’s Jack Grealish, a player Tottenham missed signing a few years ago.