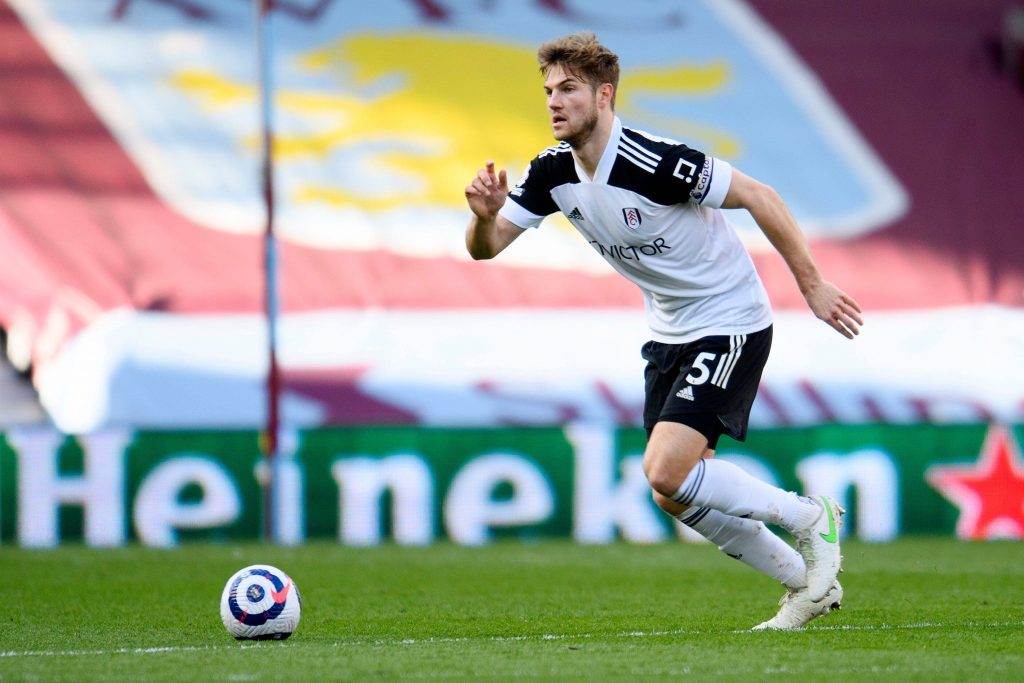 Joachim Andersen is one of several defenders being considered by Tottenham Hotspur ahead of the summer transfer window, according to journalist Rob Guest.

Despite going into the season with a ruptured ankle ligament, Andersen has impressed during his loan spell with Fulham, making 25 Premier League appearances.

The Danish defender is on loan from French giants Lyon and is set to return to his parent club this summer but has caught the eye of several teams as the transfer window approaches.

One club that supposedly have him on their shortlist for the summer is Tottenham, who are in the market for a central defender.

According to Football London journalist Rob Guest during a Q&A session, Andersen ‘is a player the club have looked at a few times’.

He then goes on to explain Anderson is ‘one of a number of centre-backs’ Tottenham are considering making a move for in the summer transfer window.

However, he warns that Lyon owner Jean-Michel Aulas will not let the player leave for cheap after an impressive campaign.

A separate report from the Telegraph suggested that Lyon be happy to sell at £25 million, with Manchester United also interested.

SL View – Would Andersen be a good signing for Tottenham?

While Fulham remain in the Premier League’s bottom three, that should not tarnish Andersen’s growing reputation.

The Danish central defender has a 6.83 rating for the season on WhoScored, which is the fourth-highest in Fulham’s squad, behind André-Frank Zambo Anguissa, Ademola Lookman and Tom Cairney.

At 24 years of age, there is still plenty of room for Andersen to grow and could represent an attractive long-term option to replace Toby Alderweireld if he leaves the club.

The biggest concern will be how much a move for Andersen could cost. Daniel Levy is known for being frugal, and a £25m fee could put him off a potential move.

However, considering the potential Anderson possesses, that would be money well spent for Spurs.