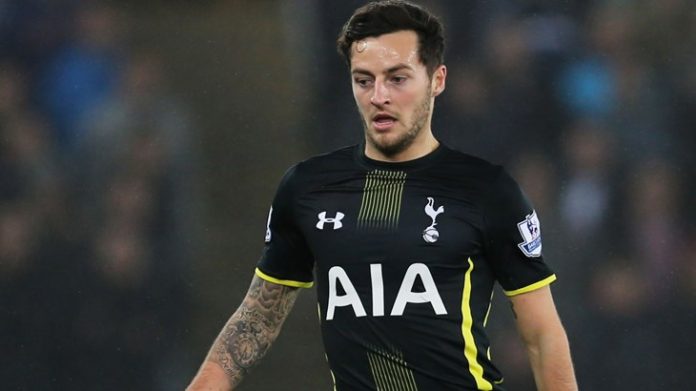 The 23-year-old came up through the ranks of the north London club’s youth system before breaking into the first team in 2008. However, he has failed to feature regularly at White Hart Lane and spent the last few seasons away on-loan.

This season Mason has featured played regularly and has now extend his stay at Tottenham till 2020.

“Ryan Mason spoke of his pride and delight after signing a new five-and-a-half year contract which runs until 2020,” Tottenham released statement on the official website.

“The Enfield-born Spurs fan is living his football dream after breaking through into the first team squad and becoming a regular for the club he supports this season.”

After signing a new deal, Mason told this his club’s official website, “I’m buzzing about it. I’m delighted and I can’t wait to crack on now.”

“I appreciate the length of the contract shows a lot of faith in me and hopefully I can keep progressing and stay at the club longer than the contract.”

“I’ve worked hard, a lot of work over the years has gone into what has happened this season and this time I’ve a manager who has faith in me and stuck me in. It’s been a long road but I’m delighted to be in the side and hopefully I’ll stay in there as long as I possibly can.”

“I can’t stress enough the faith the gaffer has put in me and hopefully I can carry on repaying him and continue to put in good performances for this club,” he added.