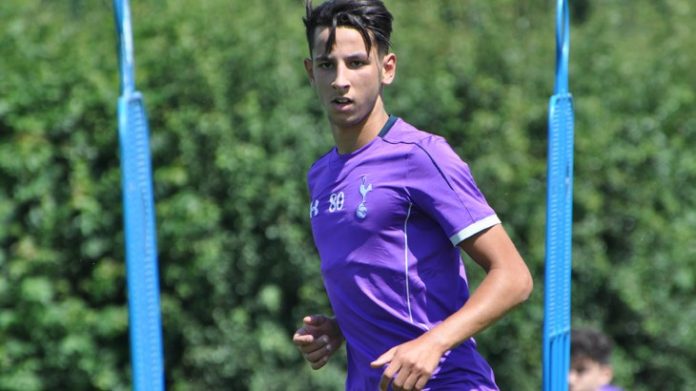 Tottenham Hotspur have confirmed they have agreed a deal with Wolfsburg for the transfer of their young starlet Ismail Azzaoui.

The 17-year-old made a switch to north London full-time from Anderlecht in the summer of 2014. The attacking midfielder featured for Tottenham’s Under-18 and Under-21and also in the FA Youth Cup. He was dubbed to be the upcoming prospect.

A statement on Tottenham’s official website, ” We have reached agreement with VfL Wolfsburg for the transfer of Ismail Azzaoui. We wish Ismail well for the future.”

Wolfsburg chief Klaus Allofs is delighted with the arrival of Azzaoui from the Premier League club.

“We’ve been following Azzaoui’s progress for a long time now. He’s a young player with plenty of potential who we expect to break into our first-team in the mid-term,” Allofs said.

“We will get a more precise and complete picture of his current level over the next few weeks and will then decide which of our teams [first team or reserves] he will begin playing in.”