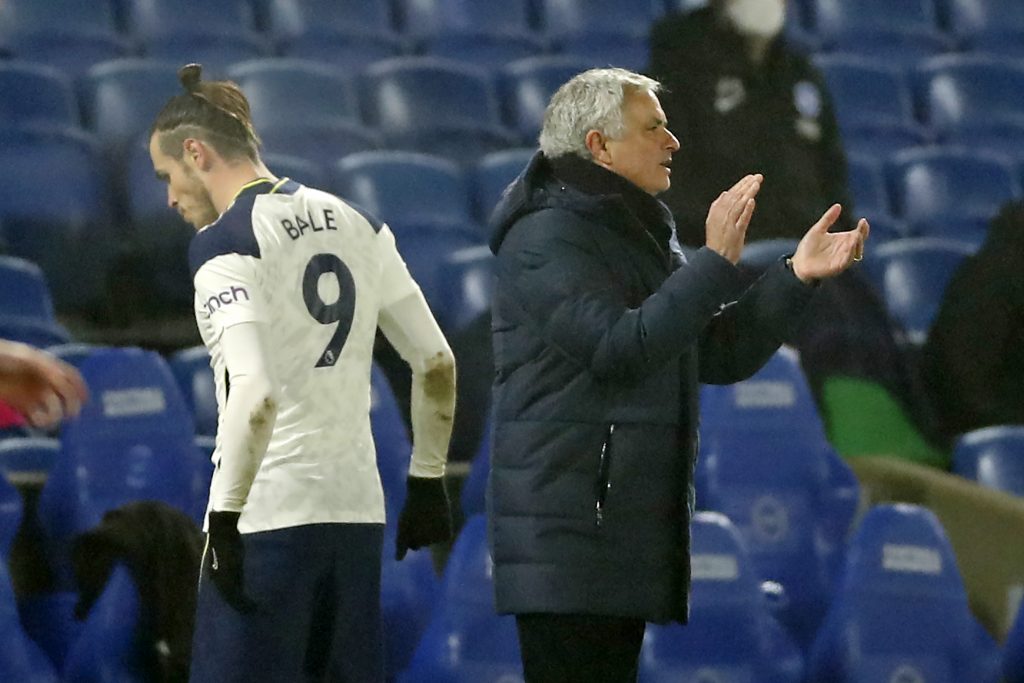 Sports agent Jonathan Barnett has rarely been shy about sharing his opinion about his long-time client Gareth Bale.

He was at it again during the Financial Times’ Business of Football event, but on this occasion may well have put his foot in it.

Bale has failed miserably to make an impact at Spurs since returning to the club on loan from Real Madrid last September.

His efforts have infuriated Jose Mourinho, with the Spurs manager making no secret of how unhappy he is with Bale.

The latest state-of-play undoubtedly mirrors the Welsman’s fall from grace at Madrid under Zinedine Zidane.

Both bosses have come under fire for their handling of Bale, but Barnett’s latest comments have confirmed where the issue lies.

When asked why Bale was not playing regularly at Spurs, Barnett said it was because he is ‘towards the end of his career’ and that people should ‘ask Mourinho’ what the problem is.

However, it was Barnett’s subsequent remarks about his client that were the most enlightening.

“When they say, ‘What’s happened to him?’ – he’s won more trophies abroad than any British player in history,” Barnett said.

“He’s done very well financially, and he has enough money for the rest of his life. He has a very good lifestyle, so that is what has happened to him.”

There you have it Spurs fans – Bale is ‘towards the end of his career’ and ‘has enough money for the rest of his life’.

Or, to put it more accurately, Bale thinks he has done it all, is absolutely loaded and can’t be bothered putting in a shift for the team.

Mourinho will clearly be delighted to see the back of Bale, and he is fully justified in feeling that way.

As Barnett has effectively confirmed that Bale can’t be bothered any more, Zidane is unlikely to roll out the red carpet when he returns to Madrid.

Given that most football fans would give their right arm to be a professional player, Bale’s attitude stinks.