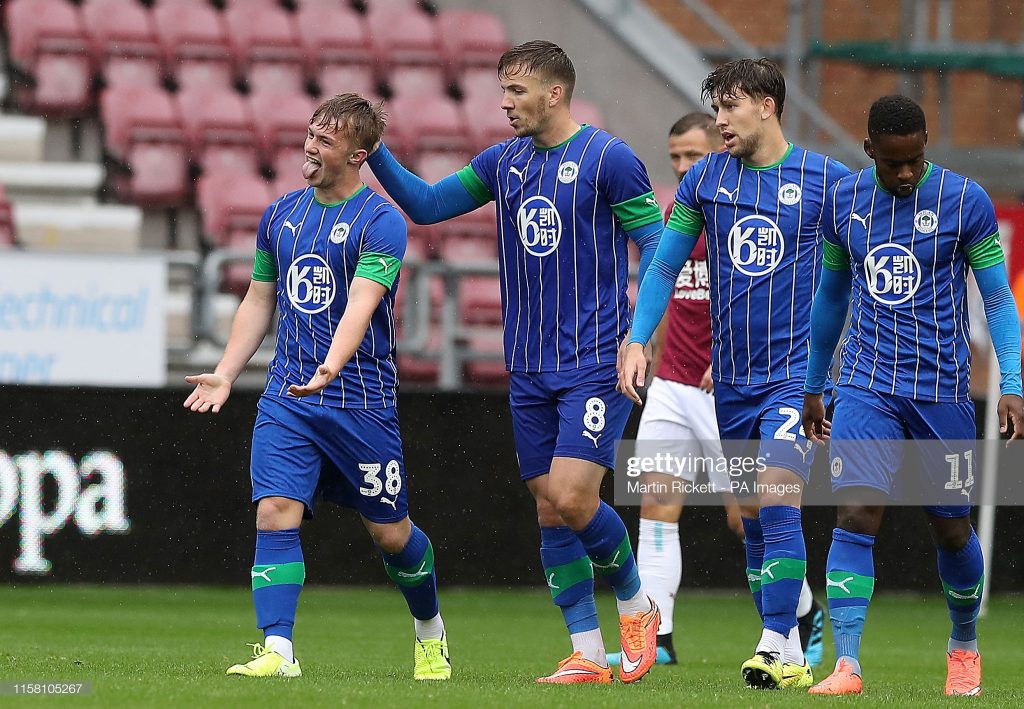 Tottenham and Everton are keeping an eye on the highly rated Wigan striker Joe Gelhardt.

According to Daily Star, other English clubs like Manchester United and Chelsea are keen on the player as well.

The 17-year-old has impressed for Wigan and he has a big future ahead of him.

It will be interesting to see if Spurs or Everton make a move for him in January. Both clubs have excellent youth setups and joining them would certainly benefit Gelhardt’s career.

Gelhardt’s suitors will have to pay over the odds to sign the player in January. Wigan are under no pressure to sell and they will want to hold on to their prized asset for the next few years.

The youngster is only 17 and he is likely to be a part of Everton/Tottenham’s youth team if he makes the move.

If he can get regular first team minutes at Wigan, that would be better for his development right now.

Having said that, a manager like Pochettino could do wonders with him. The Spurs boss could help him fulfill his potential.

Also, the temptation to join big Premier League clubs can be hard to resist.

It will be interesting to see what the player does if an offer comes in.