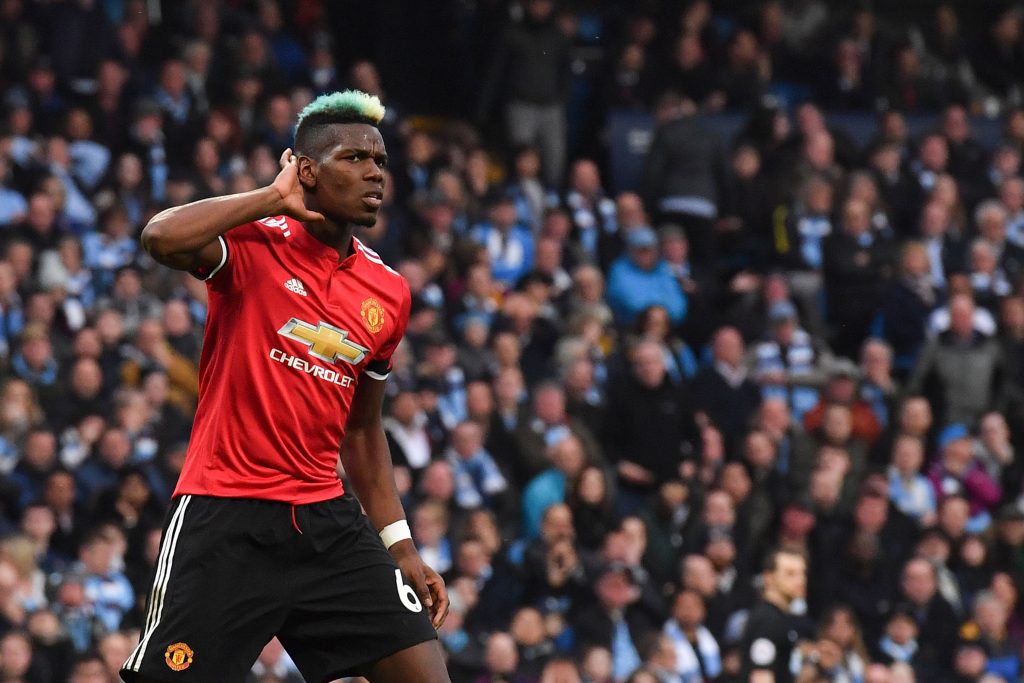 We’re taking a look at the ten most expensive Old Trafford arrivals in history, ranging from some of the Premier League’s biggest flops, to key components in Manchester United’s rich history of success. 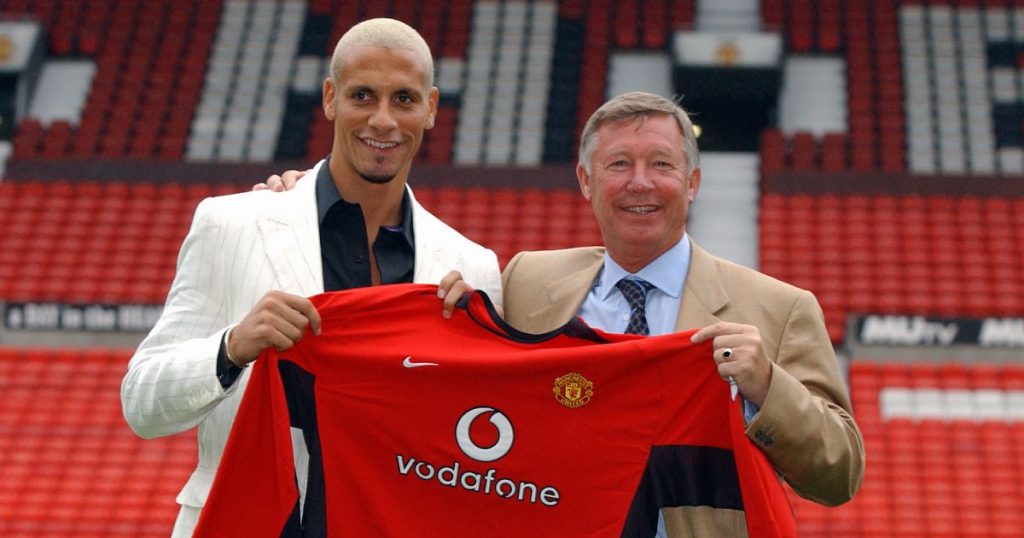 In his Old Trafford career, Ferdinand won six Premier League titles, one Champions League, three League Cups, four Community Shields and one Club World Cup making him one of the most decorated defenders in football.

Ferdinand has since become a successful pundit on BT Sport and is still widely known as a huge Manchester United fan, regularly cheering on the Red Devils on TV and social media. 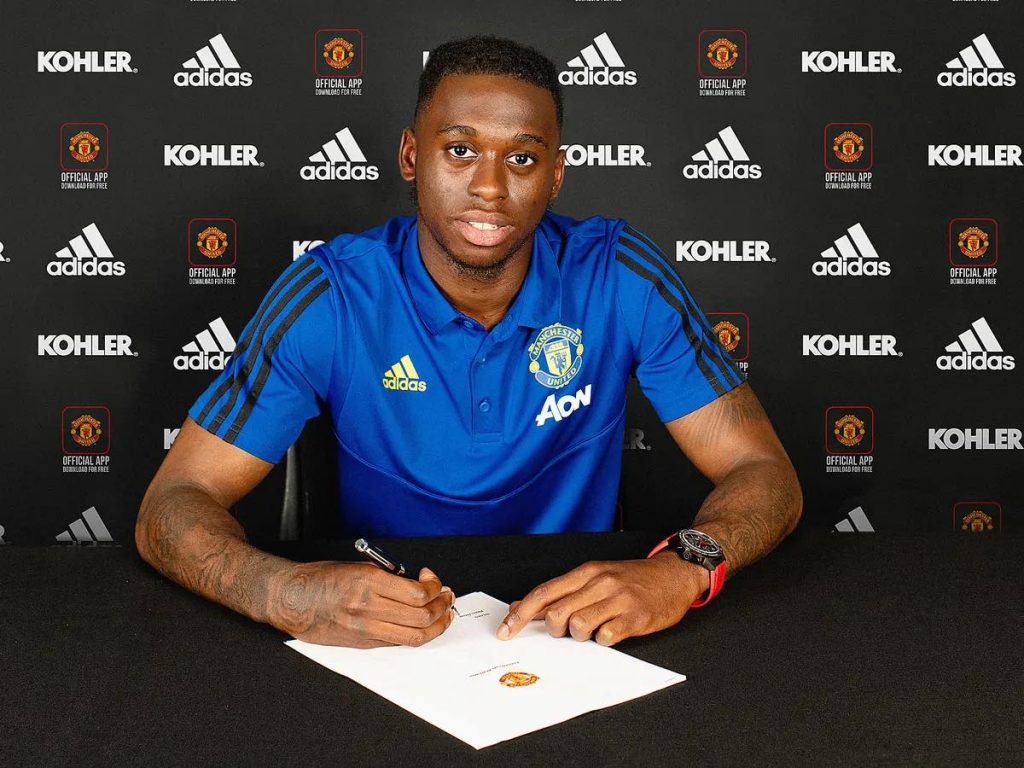 Aaron Wan-Bissaka quickly became a fan favourite at Manchester United during his first season in the 2019/20 campaign, with his spider-like attributes and boundless work-rate putting the Old Trafford crowd on their feet.

There is no doubt that the 24-year-old is still one of the best one-on-one defenders in world football, however glaring weaknesses have become apparent in recent times that have led to United reportedly willing to listen to offers for Wan-Bissaka this summer.

The right-back’s indecisiveness on the ball and poor distribution led to both Ole Gunnar Solskjaer and Ralf Rangnick opting to start Diogo Dalot ahead of him at times during the 2021/22 season, and Wan-Bissska’s time at Old Trafford looks to be up after just three seasons. 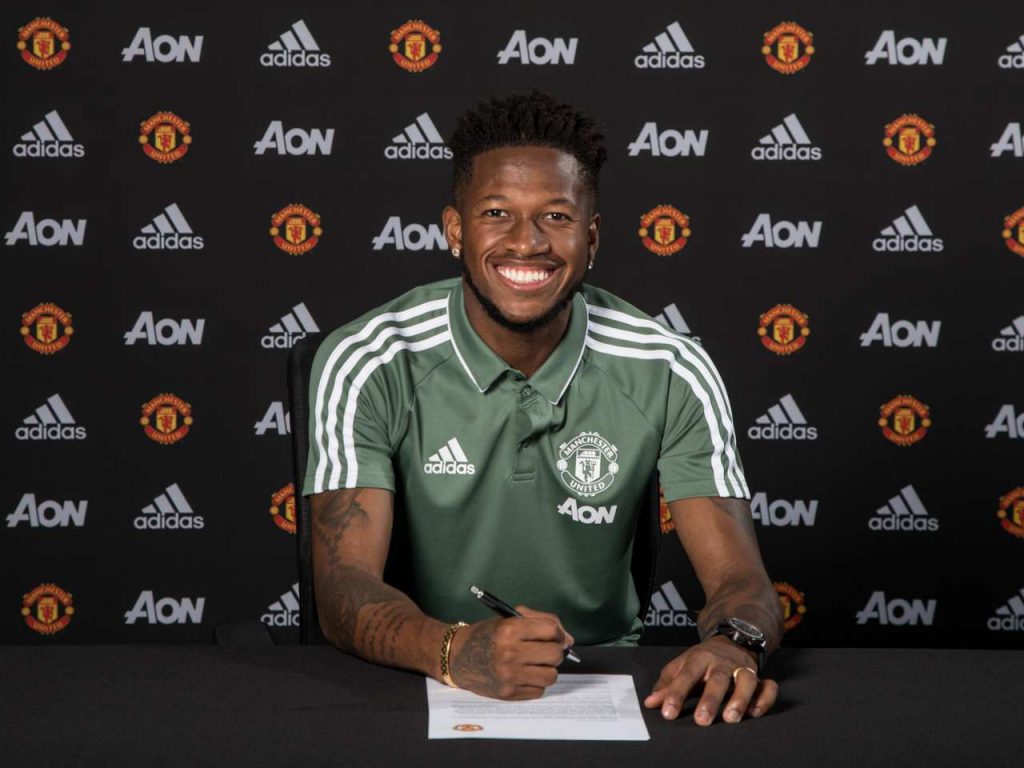 Fred joined Manchester United in a £53m deal during the summer of 2018, pipping noisy neighbours Manchester City to the Brazilian’s signature from Ukrainian outfit Shakhtar Donetsk.

The 29-year-old’s Old Trafford career has been full of ups and downs, with multiple patches throughout where supporters have been led to believe he’s been the missing piece on United’s midfield – and others where he could be seen as an alarming problem.

Signed in the Jose Mourinho era, Fred is still yet to win silverware at the club and his starting spot for the 2022/23 season is under threat with United closing in on the signing of Barcelona’s Frenkie de Jong. 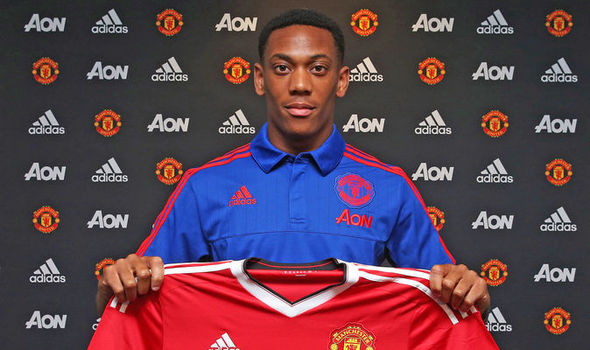 It’s quite hard to believe that we’re coming into the seventh year of Anthony Martial as a Manchester United player, the once 19-year-old who became the world’s most expensive teenager and won the Golden Boy award in his first season at Old Trafford.

Now 26-years-old, Martial will return to United from a season-long loan at Sevilla to likely act as a backup for Cristiano Ronaldo up front after a difficult spell which has seen the Frenchman lose his title as one of football’s hottest properties.

Martial played a significant role in United’s 2016 FA Cup triumph, netting a last-gasp winner against Everton in the semi-final at Wembley to send his side through to the final to face Crystal Palace.

The season after, Martial added a Community Shield, League Cup, and Europa League to his trophy cabinet but has failed to pick up another winners medal since. The Frenchman’s story is far from over in Manchester. 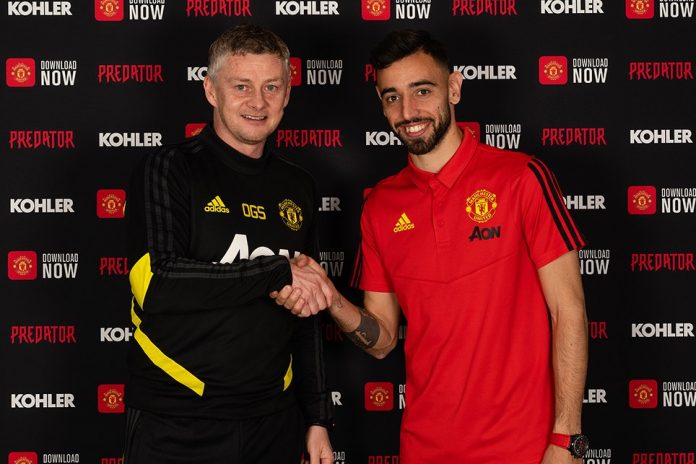 Bruno Fernandes established himself as one of the world’s most elite attacking midfielders following his move from Sporting Lisbon in the January 2020 transfer window, but is still seeking that illustrious first piece of silverware with United.

The 27-year-old has featured in 94% of United’s fixtures since his arrival, bagging 50 goals and 39 assists in just 126 career appearances for the Red Devils so far. The number 18 became the quickest player in Premier League history to reach five goals and five assists, doing so in just nine games.

Fernandes remains the only player to have won four Premier League Player of the Month awards in a single calendar year, and in 2021 he broke Frank Lampard’s record of the most goals scored in a single season across all competitions by a Premier League midfielder with 28 goals.

There is plenty more to come from Manchester United’s ‘Portuguese magnifico’. 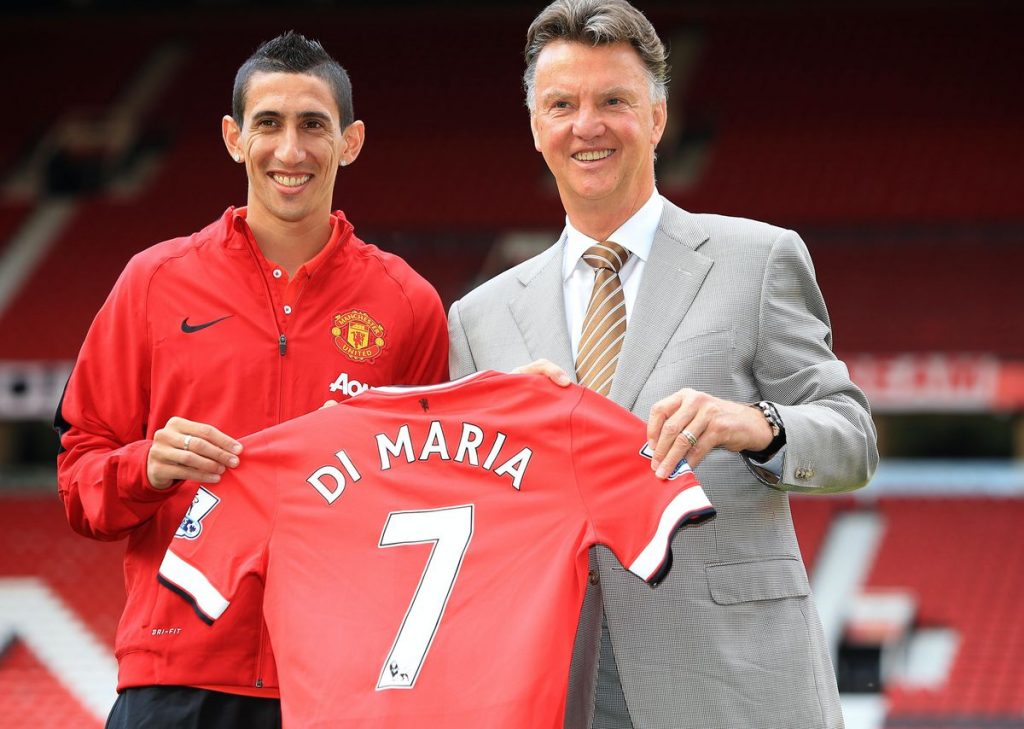 Angel Di Maria joined Manchester United in the summer of 2014 for a whopping £67.5m, and took on the famous number seven shirt as worn by the likes of club legends George Best, Eric Cantona, David Beckham, and Cristiano Ronaldo.

The Argentine got off to an electric start at Old Trafford, winning the club’s Player of the Month award for September and appearing to be everything United fans had dreamed of.

However, following a hamstring injury just before the Christmas period, Di Maria never returned to form at United and was subsequently sold the next summer to Paris Saint-Germain which branded the winger as one of the biggest Premier League flops of all time. 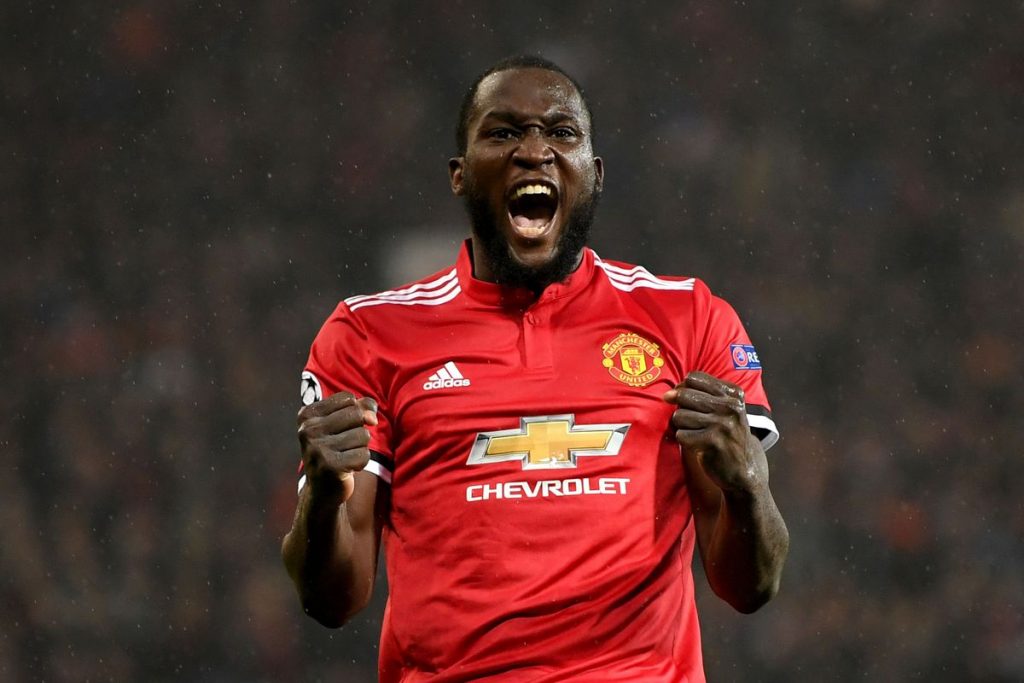 Romelu Lukaku left Everton in the summer of 2017 in a £75m deal to team up with close friend Paul Pogba and re-join manager Jose Mourinho, the boss he played under during his spell at Chelsea earlier in his career.

The Belgian’s first season at Old Trafford was considered a success. Scoring 27 goals and becoming one of only 11 Manchester United players to hit 25 or more goals in a single season, feats which club legends Eric Cantona and Ole Gunnar Solskjaer never achieved.

Lukaku started the 2018/19 season off on a flyer, bagging four goals in his first five appearances before a 12-game drought which lasted two whole months.

Following the dismissal of Jose Mourinho in December, new interim boss Ole Gunnar Solskjaer preferred Marcus Rashford to lead the line and Lukaku was dropped from the squad entirely for the Norwegian’s first two games.

Later that summer, the striker was sold to Inter Milan which marked yet another unsuccessful big money signing from United. 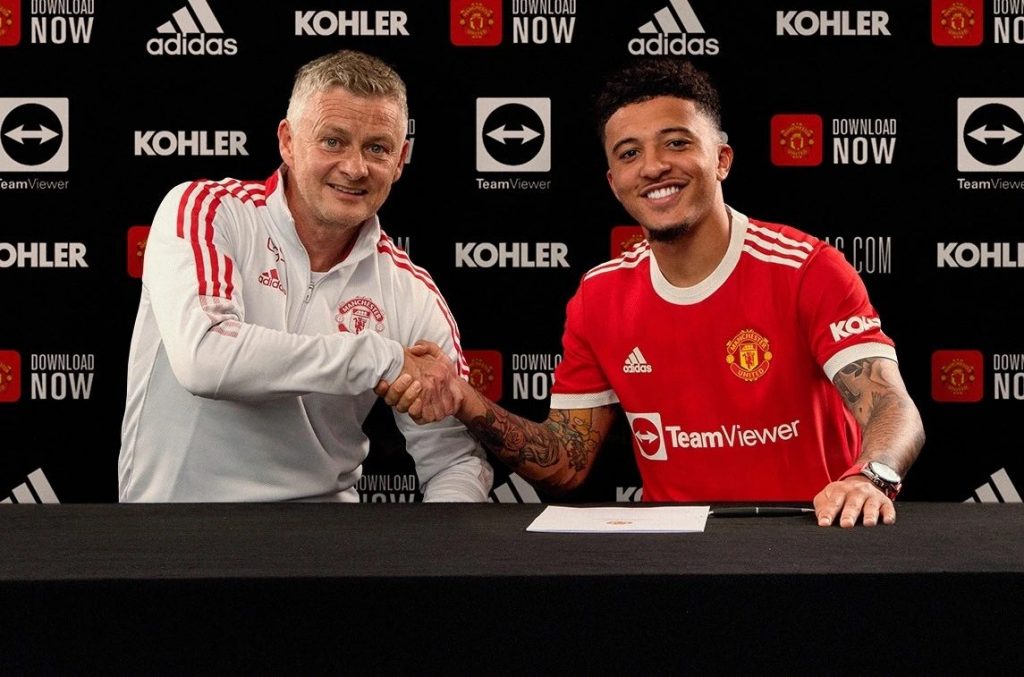 Jadon Sancho’s move to Manchester United in 2021 was over a year in the making, and it became one of the most highly anticipated transfers in the club’s history.

Sancho’s first season wearing red in Manchester wasn’t a particularly ideal one for the winger. Ole Gunnar Solskjaer was shown the door shortly before Christmas, and interim manager Ralf Rangnick’s spell was nothing short of a disaster.

The 22-year-old was never given enough time to settle in a fixed system, and we weren’t able to consistently see the Jadon Sancho that put the globe on notice at Borussia Dortmund just a season before.

Despite this, Sancho still had some bright moments in his debut season at Old Trafford. From scoring at the Etihad in a Manchester derby, to opening the scoring at Stamford Bridge against Chelsea for his first Premier League goal, it wasn’t all doom and gloom for the England international.

Time is of the essence, and Jadon Sancho is due to break out of his shell very shortly and show the Premier League why Manchester United paid £76m to land his highly sought after signature. 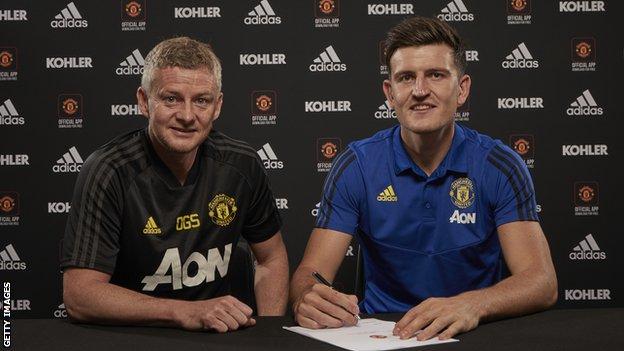 Harry Maguire has been undoubtedly one of world football’s most scrutinised transfers since his record fee for a defender from Leicester City to Manchester United in 2019.

Maguire’s first season at the club was hit-and-miss – good performances were normally followed by average displays, but he was handed the captain’s armband quickly by Solskjaer and helped United to a third place finish after finishing the year on an almost flawless run post-lockdown.

The England international’s second season was progressive, and he looked to be consistently improving throughout while captaining his side to a second place Premier League finish.

However, after finishing sixth in 2021/22 with the Red Devils recording their lowest Premier League points tally in history, Maguire’s Old Trafford career looks in doubt. It is still yet to be seen if new boss Erik ten Hag will choose to stick with the 29-year-old at the back. 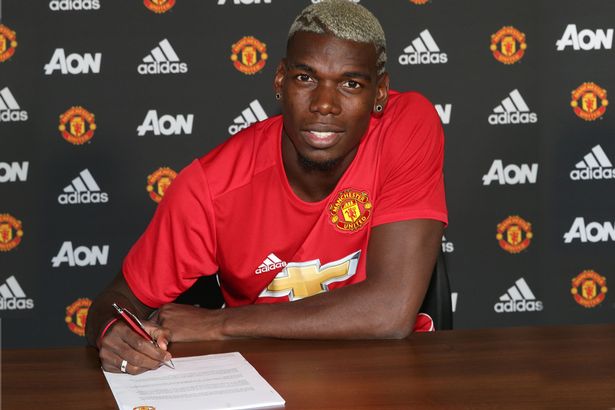 Paul Pogba finished his youth career with Manchester United, joining the club in 2009 and being touted as one of the brightest prospects the club had ever seen. Sir Alex Ferguson promoted Pogba to the first team in 2011, but left the club for Juventus after rejecting a new deal.

At the time in 2016, Pogba joined United for a world record fee. The Frenchman was Jose Mourinho’s first marquee signing, and won the EFL Cup and Europa League in his first season back at the club.

The 29-year-old was consistently plagued by injuries and off-the-field controversies which arguably halted his Old Trafford career and as a result, couldn’t live up to the sky high potential expected by football fans across the globe.

Pogba left Manchester United as a free agent in the summer of 2022, and is expected to re-join Juventus in an attempt to revive his career and place his name back amongst the world’s elite midfielders where he once was.