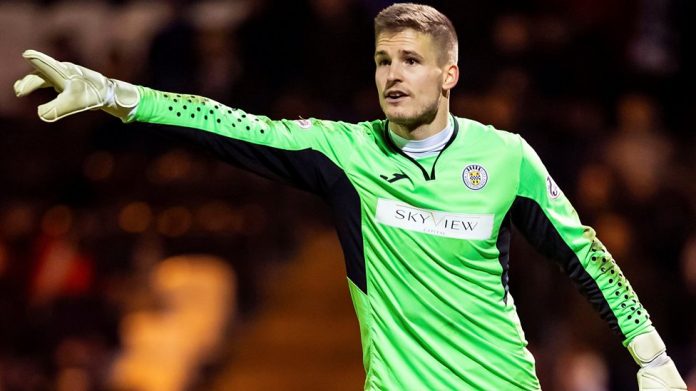 Glasgow Rangers could be looking to bring a new goalkeeper to Ibrox this summer. Likewise, Scottish Premiership champions Celtic could be in the hunt for a new shot-stopper.

St Mirren chief executive Tony Fitzpatrick has told the Daily Record that both Celtic and Rangers could be interested in signing Vaclav Hladky this summer.

The 28-year-old goalkeeper saved three spot kicks in the shootout in an absolute nail-biter to hand St Mirren the victory over Dundee United in their play-off decider. As a result, St Mirren will be staying in the Scottish Premiership for another season.

The goalkeeper joined the club in January after struggling to make an impact at Slovan Liberec. However, according to the club chief executive, the Czech Republic goalkeeper could be targeted by a host of clubs in the summer, including the likes of Celtic and Rangers.

Both the Glasgow clubs will be looking to sign a goalkeeper this summer, and Fitzpatrick believes that Hladky has the ability to play at the highest level.

“There are teams from Russia and other countries already interested in signing Vaclav and I’m not surprised as he is top quality,” said Fitzpatrick.

“He’s capable of playing a level much higher than the Premiership. I would think Celtic and Rangers must be looking at him too and thinking he could do a job for them. He’s a big-game player and such a find for us. We want to keep him. The boy loves it here. He’s got a year on his contract so we want to keep him and even extend his deal.”