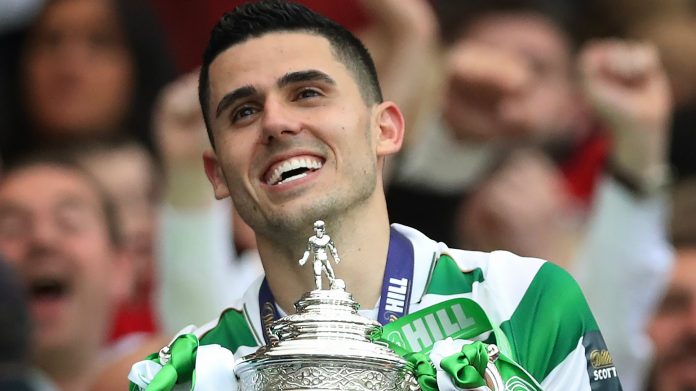 Celtic midfielder Tom Rogic has returned to training after an injury lay-off.

The Australian was out for a while and his return will delight Neil Lennon and his teammates.

Evening Times have confirmed that the player won’t have a role to play in today’s game but he should be back in action soon.

Rogic has been a key player for Celtic for a while now and he will make a big difference to their player once he returns to the side.

The 26-year-old midfielder will be hoping to hit the ground running and it will be interesting to see how Lennon eases him into the starting lineup.

Celtic will be looking to challenge for the major honours once again and they will need players like Rogic in top form in order to do so.

The Australian is a fan favourite at Parkhead and the fans seem quite happy with his return to training as well.

Some of the Celtic fans have taken to Twitter to share their thoughts on the midfielder’s return. Here is how they reacted to the news earlier.

Brilliant good to see him back , the best news I’ve heard coming out Celtic since Scottish cup final

Tommy’s back from the World Cup. YESSSSS!!
👍🍀