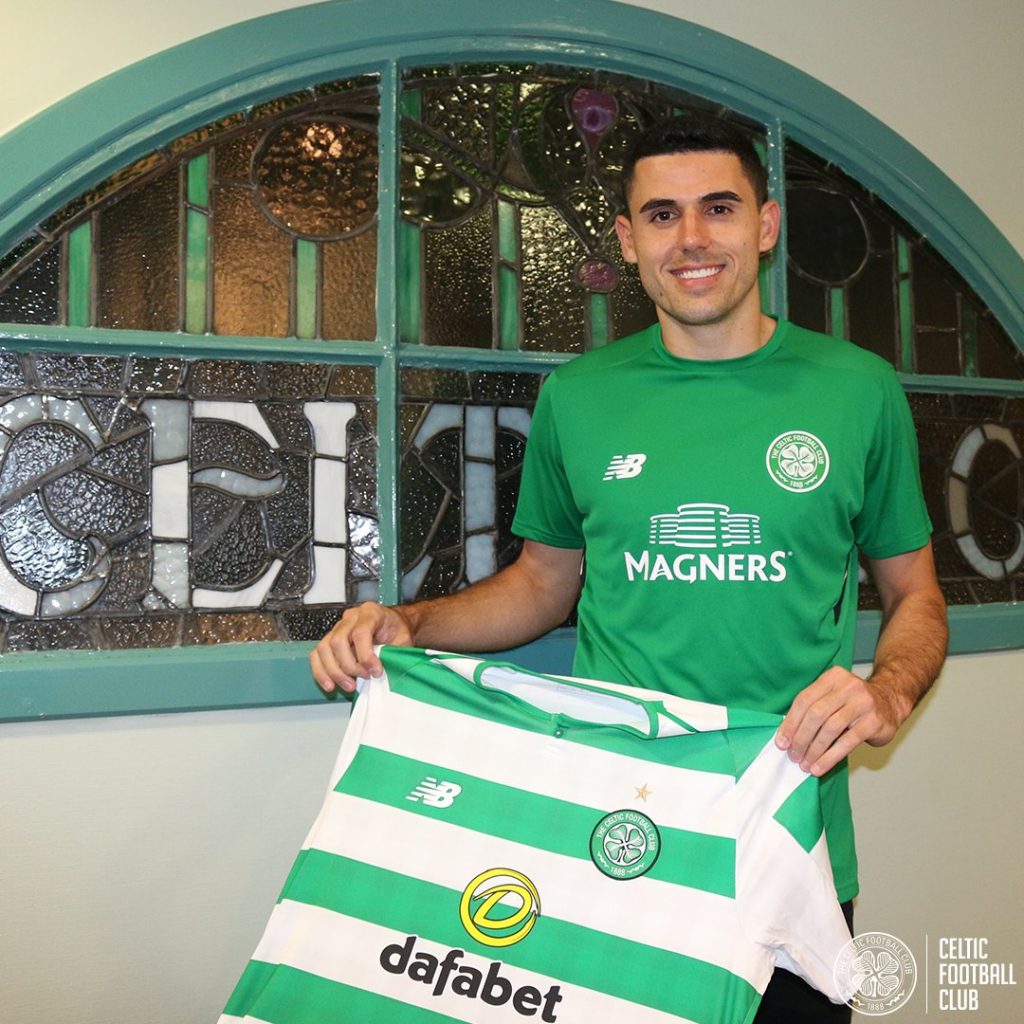 Celtic have agreed a new deal with their highly-rated midfielder Tom Rogic.

Rogic has signed a new five-year contract which will keep him at the club until at least the summer of 2023.

The 25-year-old has been a key player for Brendan Rodgers’ side this season and the fans are delighted to see his long-term future at the club sorted.

The Celtic fans have been demanding a new deal for Rogic on social media for a while now.

Rogic signed for Celtic back in 2013 from Australian side Central Coast Mariners and he was then sent out on loan to the A-League in January 2014 for some first team experience.

The 25-year-old managed to hold down a first-team place from the 2015/16 season and he has been a key player for Celtic ever since. Rogic has helped the club win silverware every season since then and his late goal in the 2016/17 Scottish Cup final secured the treble winning invincible season that year.

Speaking to the club media, he said: “I feel great to have signed a new contract. I’m very proud and honoured to be able to commit my future to the club. I enjoy playing regular football here. I’m working under a top-class manager and to play my club football here is something that’s very special to me so I couldn’t be happier to have signed a new contract. The support here is very special and sometimes it’s hard to describe. To feel so loved and wanted by the fans is all a player can really ask for. It’s my job and the players’ job to repay that. Now that my future’s sorted I can focus completely on playing football and giving everything I have for the club, as I have done for the past five years.”

Here is how the Celtic fans reacted to the news on Twitter.

Fantastic news – a great talent. To celebrate a Rogic stat attack coming up!