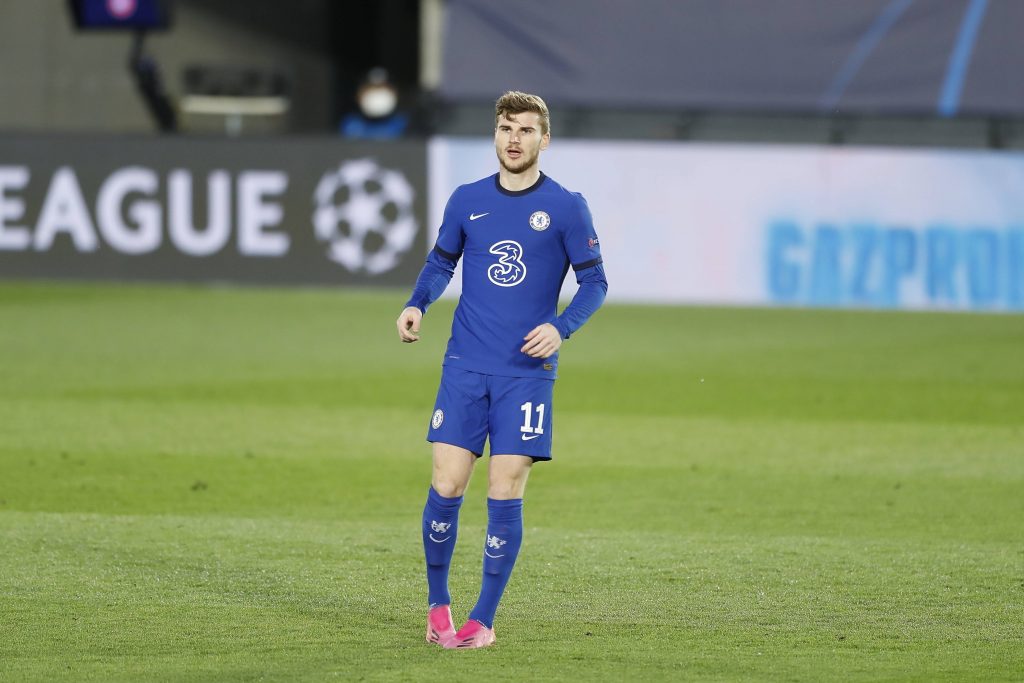 Timo Werner is not contemplating a move away from Chelsea during the ongoing transfer window, Sport1’s Florian Plettenberg reports.

The 25-year-old joined the Blues from RB Leipzig after a superb season, registering 34 goals and 13 assists from just 45 appearances.

He failed to make a similar impact in his debut campaign for the Blues, registering just 12 goals and 15 assists from 51 matches.

The club are searching for an elite striker this summer, and there has been speculation that Werner is considering his future due to that.

Bayern Munich were also credited with an interest, but it is now reported that there is no truth to the recent developments in the media.

Werner ‘definitely’ wants to stay with the European champions. Bayern have not made any approach to sign the £170,000-a-week forward.

Werner had a disappointing debut campaign, and he was guilty of squandering numerous clear-cut scoring opportunities.

Owing to this, the Blues are weighing up a bid for a new striker, but the German appears prepared to fight for his place.

Werner can also play out wide, but he will need to improve his goalscoring exploits to stake a claim for a regular starting role.

The Blues ended the previous campaign on a strong note with Champions League glory despite misfiring in front of goal.

Their next step would be to mount a serious challenge for the league title. They need to get their strikers firing next term.

Olivier Giroud has already left the club, and it appears that Tammy Abraham could be shown the exit door in the coming weeks.

Borussia Dortmund’s Erling Braut Haaland is the club’s top striker target, but he could cost a staggering fee of €175 million.

The Blues have recently recouped funds from player sales and could make a late raid to land the Norwegian sensation.