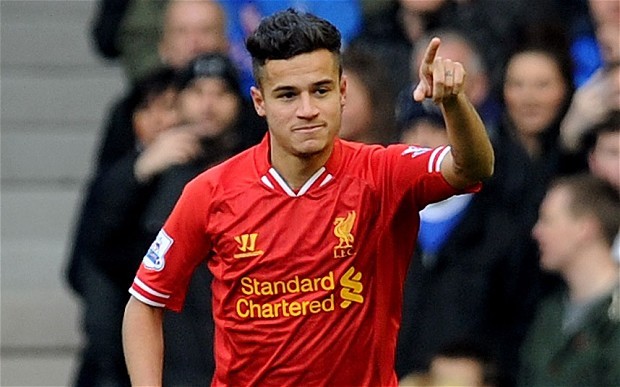 One of the few positives that came out from Liverpool’s 3-2 win over QPR apart from the victory itself is the return to form of Philippe Coutinho. A decisive cameo from the Brazilian after coming on as a sub provided the necessary impetus for Brendan Rodgers’s side to claim full three points against QPR in a dramatic fashion last Sunday.

While defence still remain the major headache, Coutinho’s return to form provides a tremendous boost to the side. Right from his first touch against QPR, he looked to provide the necessary injection of energy and imagination that Liverpool were lacking throughout the match. Every time he touched the ball, Liverpool looked more threatening in the attacking third.

He ended up with a goal which was his first shot on target in the entire season so far. His exquisite pass to Raheem Sterling, whose cross was helped into the net by QPR defender Steven Caulker, sealed full three points for Rodgers in the dying seconds of the match.

To put it simply, Coutinho deserves the chance to start against Real Madrid. The best way to approach the game against the reigning European Champions at home is by being aggressive. And Coutinho could play a big role against Carlo Ancelotti’s Galacticos.

Coutinho is a highly talented player and capable of producing moments of brilliance when he is on form. And that is the most important part – ‘when he is on form’ – because his is a frustrating tale of inconsistency that appals from than it appeases. Inconsistency is the only demon that prevents him from becoming a top player at the moment.

He is a type of player who divides opinion. Many Liverpool fans think that he is a better player coming on as a sub as his trickery and brilliance leaves a vivid impact against the tiring opposition defence. There are also suggestions that he is better suited when deployed in a deeper role.

Another flaw in Coutinho’s game which critics often point out is his irresistible urge to play outrageous passes on every possible opportunity, instead of waiting for the right moment for the through balls.

It’s high time for him to bury his ghost of inconsistency. So far his form has hit in cycles, and no body knows (including him) how long it will sustain. It seems like he is slowly reaching the peak of his form and Rodgers must capitalise on this by unleashing the little magician on Wednesday night against Real Madrid.