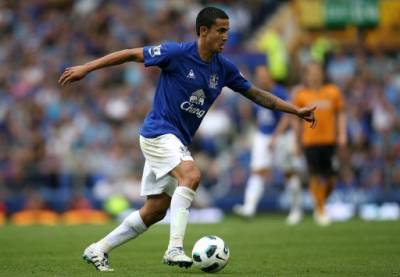 Everton have secured a draw and a win in their opening two games of the 2019-2020 English Premier League campaign, keeping as many clean sheets.

Manager Marco Silva will be keen to lead the Toffees to Europe at the end of the season, and after making quality additions over the summer, the club have a chance of doing so.

Everton made seven new signings, splashing the cash once again as their rebuild under majority shareholder and owner Farhad Moshiri continued during the transfer window.

The onus is now on Silva and the players to deliver as they have the quality to, and Toffees legend Tim Cahill is convinced it can be a great campaign for the club.

The Australian expressed his delight with Everton’s summer and impressive start to the new season on Twitter thus:

Big season for Everton. Silva has made some great signings and also got Everton off to a great start. Really excited for the future. ⚽️💙 https://t.co/AYNhW0SjpK

The Goodison Park outfit also wanted to bring in Crystal Palace winger Wilfried Zaha, going to the extent of tabling a £52 million bid, but it was knocked back by the Eagles who held out for £80 million.

Evertonians will be excited as much as Cahill this season, and it will be interesting to see how the club fare.