Three incidents where we needed GoalControl 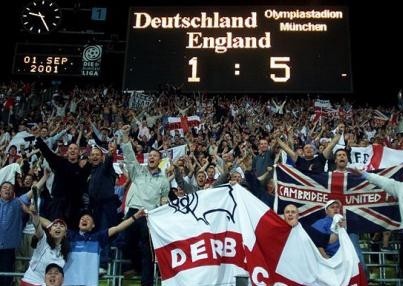 Following Thursday’s announcement from FIFA that GoalControl will be the goal-line technology at the World Cup next summer, Soccerlens looks back on three notorious incidents when it would have come in handy.

Who can forget this infamous goal that never was for Tottenham Hotspur at Old Trafford in January 2005?

Portuguese midfielder Mendes thought he had helped Spurs to their first away win over the Red Devils since 1989.

As you can see Roy Carroll palmed the ball out from way behind the line, yet referee Mark Clattenburg and his assistants gave nothing!

They say you need a bit of luck to win trophies. Liverpool certainly had plenty of that en route to their Champions League triumph in 2005.

Reds boss Rafa Benitez went on to lift the European Cup despite being three goals down at half time in the final against AC Milan.

Or so it felt. Lampard and every England fan thought he had levelled in this knockout stage World Cup encounter.

This incident was the straw that broke the camel’s back when it came to getting goal-line technology in football.

GoalControl was tested at the Confederations Cup this summer, but ironically was not needed.

An alternative system, Hawkeye, is being used in the Premier League this season, so far sparingly.

Why not share your ghost goal and disallowed goal memories with us in the comments section below?