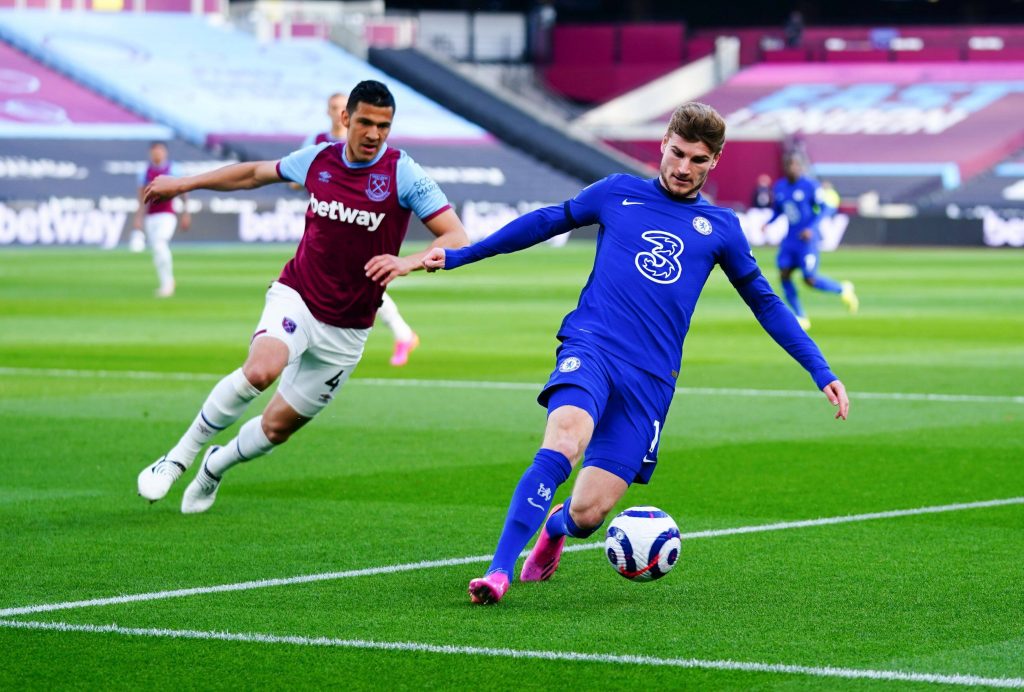 The Blues were the dominant side in the London derby against the Hammers and scored the only goal of the game in the 43rd minute through Werner.

Ben Chilwell provided a perfect defence-splitting cross in the box for the German, who had the simple job to convert from a few yards out.

Shortly after the interval, Werner should have doubled the club’s advantage, but somehow missed his target as his shot trickled wide of goal.

The Blues held on for a comfortable 1-0 triumph. Tuchel was pleased for Werner but added that he needs to keep on scoring.

He told Chelseafc.com: “He needs to keep on scoring and catch the moment. He is quite often involved in our goals, even in the last weeks with fouls in the penalty area or assists like against Man City. Nothing helps more than scoring goals.”

“I felt him very strong today from the start. He was very good at distributing the ball, dropping from the number nine position and keeping the ball for us. He had good timings in the deep runs behind the line. He was involved in many chances and half-chances.

“It was very nice he could score. He could have had a second one for sure, and after that he lost his confidence a bit and was a bit tired, but it was a good performance from him.”

Werner has had a mixed debut campaign with the Blues, registering 11 goals and 12 assists from 43 appearances in all competitions.

His goal against the Hammers was only his second in the league since the turn of the year. It ended his 12-match goal drought in all competitions.

It is clear that he is lacking confidence in front of goal at the moment, and he has been guilty of missing several clear-cut chances this term.

However, there have been positives as the German has been involved in creating chances for his teammates over the past few months.

The Blues’ win at the London Stadium sees them three points clear of West Ham in the race for the final Champions League spot.