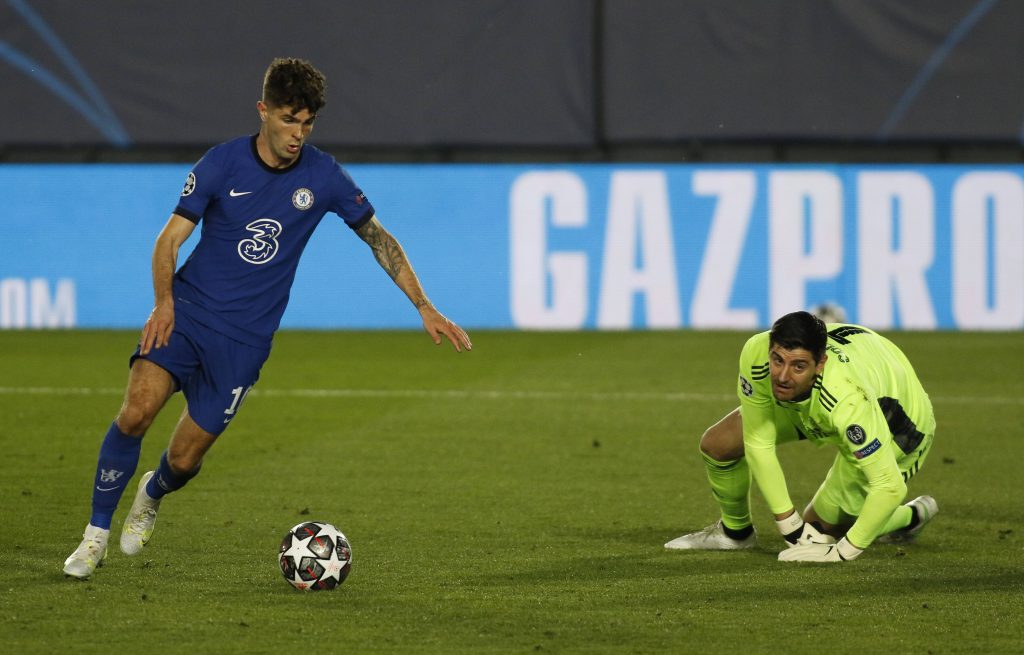 Chelsea manager Thomas Tuchel was pleased with Christian Pulisic’s crucial away goal against Real Madrid in the first leg of the Champions League semi-final last night.

The Blues made a quick start at the Alfredo Di Stéfano Stadium, and Timo Werner missed a glorious one-on-one chance to beat goalkeeper Thibaut Courtois.

Pulisic gave the lead in the 14th minute as he showed good composure to round the shot-stopper before unleashing a right-footed strike, which beat two defenders on the line.

Out of nowhere, Los Blancos equalised through a set-piece in the 29th minute. Karim Benzema levelled proceedings with a superbly taken volley.

The second half was rather a dull affair with both teams cancelling out each other. Tuchel provided a mixed response after the game.

While he admitted that Pulisic’s goal was ‘well deserved’, he was disappointed that his team could not score more than once.

He told football.london: “It was well deserved and, like I said, we should have won the first half. We should have scored a minimum one more goal.”

“The goal came more or less out of nothing, but that can always happen when you are faced with individual quality from Real Madrid.”

Pulisic struggled with regular niggles at the start of the campaign, but he has managed to get over them to become a key player under Tuchel.

Since the last international break, the £145,000-a-week attacker has been the standout performer in the attack with four goals across all competitions.

His away strike against Los Blancos has put the Blues in a good position to make the final. A goalless draw would be sufficient to see them through.

Before the second leg on May 5, the club are scheduled to host Fulham in the Premier League on Saturday evening.