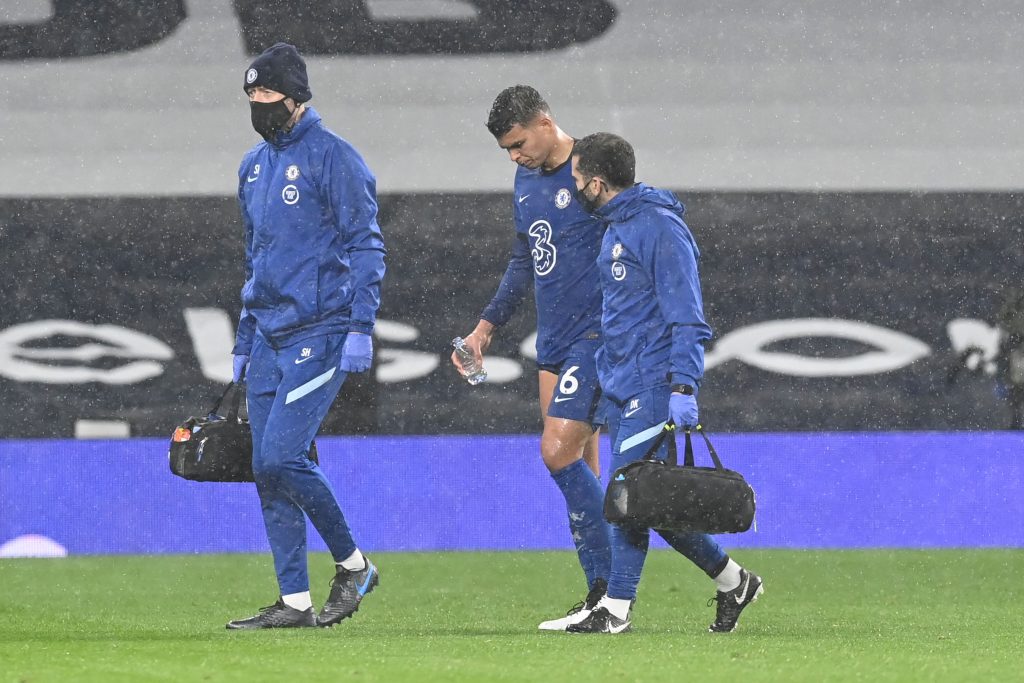 Chelsea manager Thomas Tuchel has said that Thiago Silva is doubtful to face Sheffield United on Sunday after picking up a thigh injury against Tottenham Hotspur last night.

The 36-year-old has been a key player at the heart of the club’s defence, but he was forced off the pitch after just 36 minutes of the derby with an injury.

Despite his absence, the Blues went on to register a comfortable 1-0 win over Spurs. Jorginho’s first-half goal from the penalty spot was the difference.

Speaking after the game, Tuchel said that Silva may not recover in time to face the Blades and acknowledged that he is a major doubt for the Premier League clash.

“It will be very tight for Sunday’s game, only two days recovery,” he told the club’s official website.

“It is too early to give a diagnosis because I saw him very briefly with a big strap around his muscle.

“We will have to wait until tomorrow so we can confirm it but I think for Sunday he is a big doubt.”

The Blues have revived their league campaign under new boss Tuchel and they are unbeaten in the last three games where they have picked up seven points.

In this period, they have been solid at the back with the changed 3-4-2-1 formation and have not conceded a solitary goal to the opposition.

The loss of Silva is definitely a blow for the Blues, but they have Andreas Christensen and Kurt Zouma, who can fill in for the trip to Bramall Lane.

The fans will be hoping that Silva is only out with a minor setback and can return to action as soon as possible to aid the club’s push for the top four.

The west London giants have jumped to sixth in the table with the derby win and are now within four points of the Champions League places.