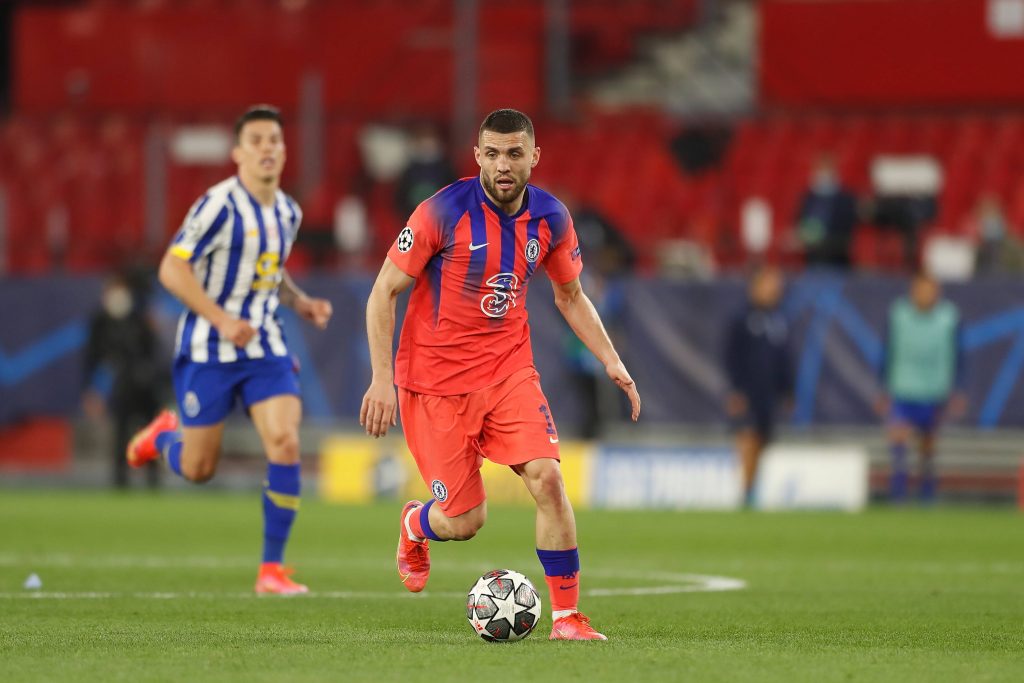 Chelsea manager Thomas Tuchel has confirmed a hamstring injury for Mateo Kovacic, which will rule him out of the FA Cup semi-final against Manchester City this weekend.

The Croatia international made the trip to Seville for the second leg of the Champions League quarter-final tie in midweek but picked up the injury in the final training session.

It was officially confirmed when he was absent from the matchday squad. The Blues lost 1-0 to Porto but progressed to the semi-final with a 2-1 aggregate triumph.

Speaking after the game, Tuchel confirmed the setback for the 26-year-old and acknowledged that it is a big loss ahead of a crucial cup tie against Pep Guardiola’s side.

He told Chelseafc.com: “Yesterday in training he got a muscle injury in his hamstring after 20 minutes, more or less out of nothing.”

“He is for sure out for the game against City as well, which is a big loss.

“I was very sad for him. We don’t have so many experienced players who have played Champions League many times.

“When the anthem plays, he is relaxed and at the same time he is a hard fighter.

“Everybody is happy to have him around, so we did it also for him today.”

Kovacic has been one of the Blues’ most consistent performers this term, and he has earned praise from the fans for his tireless work rate and regular forward runs.

In recent months, Tuchel has regularly started him alongside Jorginho as he has been wary of putting more workload on N’Golo Kante due to the Frenchman’s recent injury record.

Tuchel hinted that it would have been the case last night had the Croatian not sustained the untimely injury in the training session in Seville.

The Blues are scheduled to face the Cityzens at the Wembley Stadium on Saturday and have the opportunity to further boost their chances of silverware.

Kante and Jorginho are likely to start, and they could have a busy game as the Premier League leaders will produce a strong response after the shock defeat at Leeds United.

Read: Chelsea could offer Tammy Abraham in a swap deal to sign this La Liga star.