Chelsea’s Thibaut Courtois has addressed his comments from a fortnight ago, where he said he wanted to return to Spain one day. In an interview with Spanish newspaper Marca, the former Atletico Madrid man said that he felt “half-Spanish”, and would consider his future at Stamford Bridge when his contract ended in 2018.

These comments irked the Blues’ faithful, in whose eyes Courtois’ loyalty and commitment to the club was brought into question. Chelsea haven’t had the best couple of years, finishing 10th last season, and failing to qualify for a European competition for the first time in two decades. Last week, Courtois was statistically revealed to be the goalkeeper with the lowest save percentage in the whole of the league this season. The timing of his statements quite clearly lacked a bit of tact. 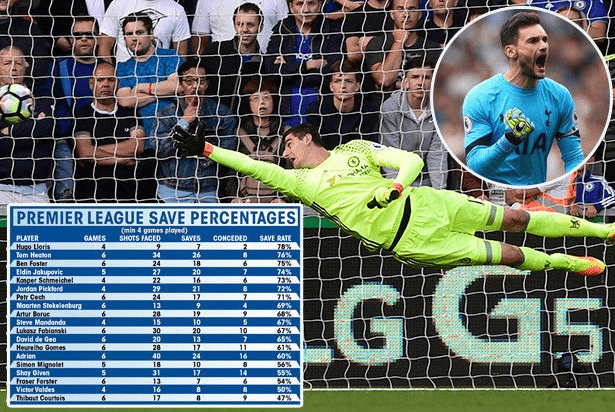 The 24 year-old though, has attempted to quell the supporters’ anger by clarifying his words. In an interview with Play Sports, as relayed here by ESPN, Courtois said, “I understand the commotion with the Chelsea fans, but I just meant [in the Marca interview] that I want to return to Spain one day but it can also be after my career.

I’m happy to be at Chelsea. For how long we will see, but now I want to win prizes with this club.”

Courtois kept just his second clean sheet of the season on Saturday in a 2-0 victory against Hull City. Antonio Conte’s men have been leaking goals recently as a result of a shoddy defence. As a result, the goalkeeper’s numbers have been nothing worth shouting about.

But, comments like these during difficult times will do Courtois no favours whatsoever with the supporters, who will only look at his performances and passion on the pitch to make their judgment. The Belgian Petr Cech, one of the greatest players in Chelsea’s history, and nothing but a 100% commitment to the cause will do. It’s time for Courtois’ actions to speak louder than his words, as he looks to win back his support from the millions of Blues around the world.