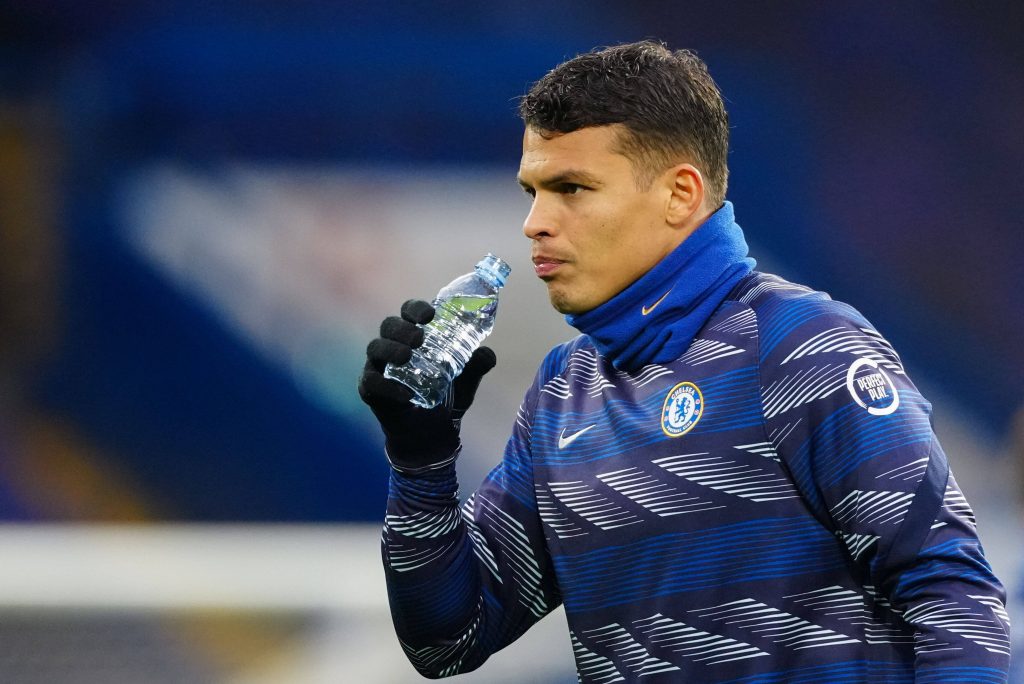 Chelsea defender Thiago Silva is prepared to sign a new one-year deal with the club, a report from The Express claims.

The 36-year-old joined the Blues on a free transfer last summer, shortly after his contract expired with Paris Saint-Germain.

There were doubts whether he could adapt to English football at his age, but he has done so with flying colours and is now a firm fan favourite.

Silva has not played since early February because of a hamstring injury, but that is unlikely to scupper his prospects of prolonging his stay with the Blues.

His current contract expires at the end of June, but there is a 12-month extension clause that can be activated if both he and the club agree to it.

The Blues are open to the extension, and it is now reported that Silva is prepared to put pen-to-paper on a fresh one-year deal with the west London giants.

Silva has featured in 21 games for the Blues this term, and he has impressed with his commanding influence at the heart of the defence.

His Premier League debut was a forgettable one as he gifted West Bromwich Albion with the opening goal in a high-scoring 3-3 draw at the Hawthorns.

He has since been consistent with his defensive displays and has not been directly at fault for any of the goals conceded by the Blues.

In his injury absence, Andreas Christensen has recently excelled in the middle of a back three, but Tuchel continues to value Silva highly.

Tuchel managed Silva at Paris Saint-Germain for a couple of seasons (2018-2020), and that may be a defining factor behind the defender’s desire to stay.

Silva, who is currently on wages worth £110,000-a-week, is likely to return to regular training during the ongoing international break.