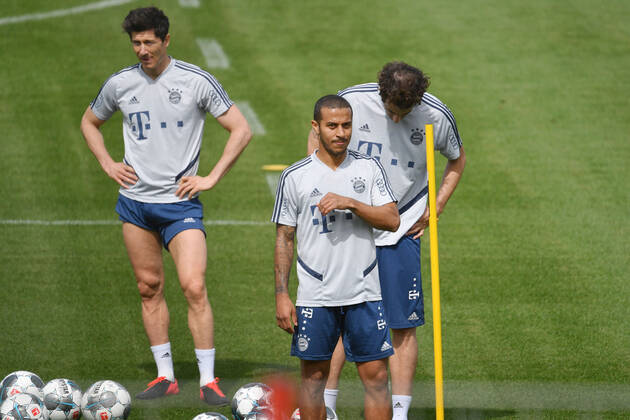 The Spanish international swapped the Bundesliga giants for Anfield last summer and will be looking to hit the ground running next season after an underwhelming debut campaign in the Premier League.

The Liverpool man will be facing Lewandowski later today at Euro 2020 when Spain take on Poland and has talked about their friendship ahead of the clash.

“He is a friend of mine – we spent six years together at Bayern Munich,” Alcantara said (via Football Italia)

“We often video chat, I ask him about Bayern, he asks me about [Jurgen] Klopp, who was his coach at Borussia Dortmund.”

Could Lewandowski be keen on reuniting with Klopp? The Liverpool boss forged the Pole into the lethal hitman he is today, and the Reds really could do with his finishing qualities.

The 32-year-old ended last season with 46 goals across the Bundesliga and Champions League, winning the German top-flight and European Golden Boots for his incredible scoring feats.

Liverpool currently have Roberto Firmino leading their line but rely heavily on Mohamed Salah and Sadio Mane for their goals.

They have not been linked with Lewandowski, but landing such a striker would boost their chances of winning the Premier League in 2021-22 after last season’s dismal attempt at a title defence.

He scored 49 goals across the Bundesliga and Champions League in 2019-20, emerging as the Best FIFA Men’s Player last year.

Having won it all at Bayern, could a move to the Premier League appeal to the former Borussia Dortmund star?

Liverpool should throw their hat into the ring if Lewandowski indicates he wants to leave Germany in the coming months, but they will have to find another quality striker if they want to win silverware next term.