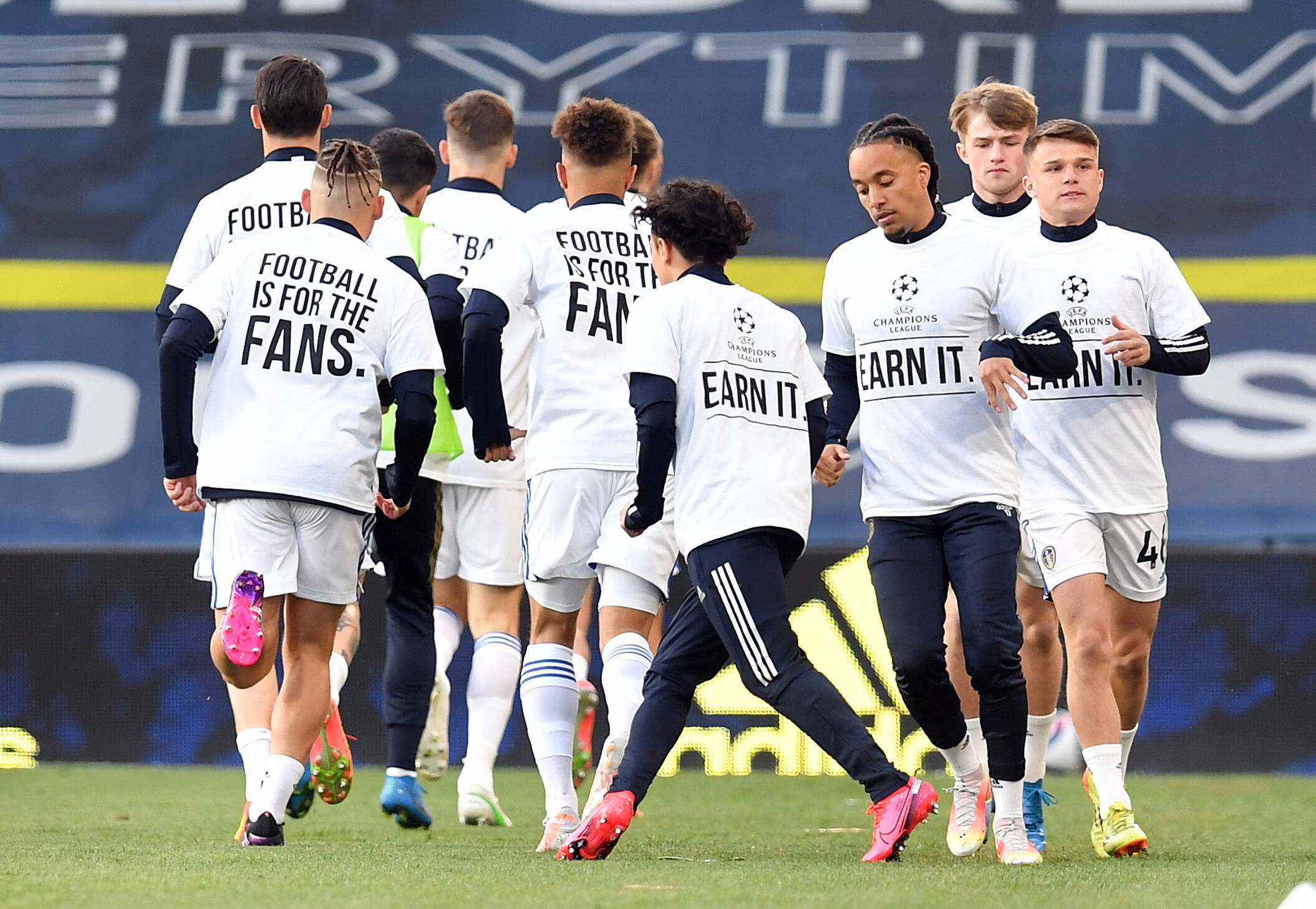 While the Premier League clash was an interesting one despite the few goals, conversations pre-match and post-match were mainly about the European Super League.

Liverpool have joined Arsenal, Chelsea, Manchester City, Manchester United and Tottenham Hotspur as part of the big-six English top-flight clubs to have pulled out of the European Club Association to form the breakaway league.

The Yorkshire giants wore shirts that bore the slogan “Champions League: Earn it” on the front and “Football is for the fans” on the reverse for their pre-game warm-up.

They also left the shirts in front of each locker in the away dressing room so that Liverpool’s players and staff members saw them.

The visitors refused to wear them, though, with angry Reds manager Jurgen Klopp dubbing them ‘a real joke’.

However, reports have emerged that the Premier League approved of Leeds’ plans.

According to The Athletic, the Whites made the EPL aware of their plans to wear the t-shirts before the game and were granted approval.

It follows league guidelines, as all clubs must notify the Premier League before kick-off if they intend to wear unique pre-match shirts.

The other 13 top-flight clubs also oppose the creation of a European Super League, and they could follow suit with similar protests in games against the big-six.

In other news, Leeds reportedly want to sign England international this summer.