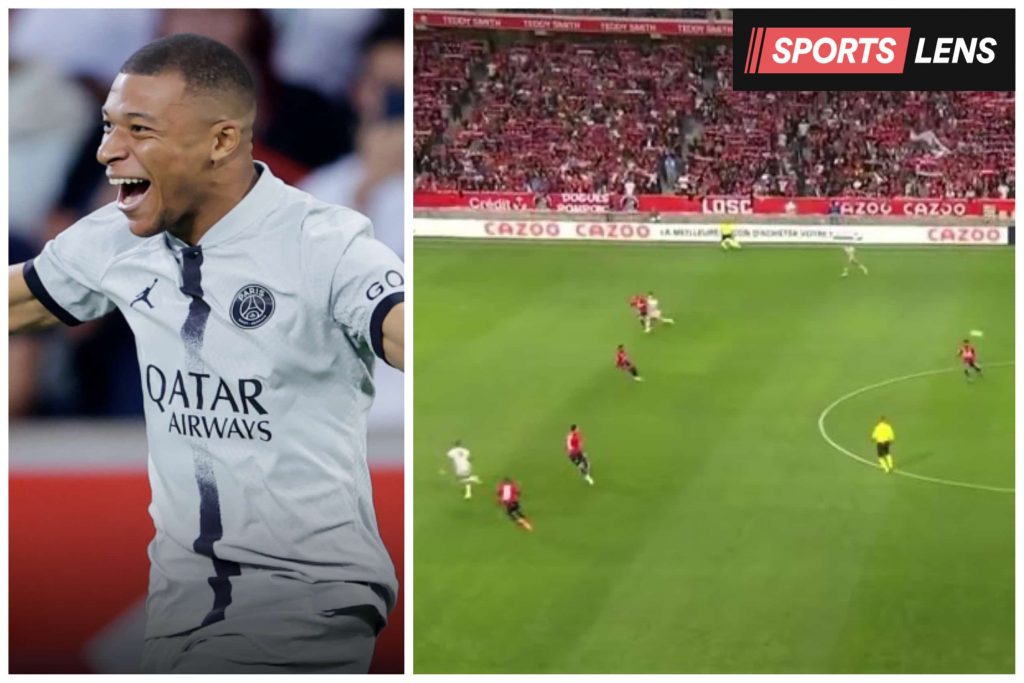 Manchester United were the latest team to attempt the four-step kick-off routine this week, which has been sweeping through European football with relative success as of late.

Just 24 hours prior, Paris Saint-Germain were the most high-profile side to not only attempt the routine, but also see a goal at the end of it with Kylian Mbappe registering the quickest strike in Ligue 1 history.

The Frenchman’s lofted finish over the on-rushing Lille goalkeeper within the first 9 seconds of the game was the result of a masterful, adroit four-pass routine in which the player taking the kick-off, in this case Neymar, passes it backwards to the nearest midfielder, who then returns it back.

In step the chief creator, Lionel Messi, who receives the ball from Neymar in the third exchange, before the Argentine lofts a first-time through ball over the top to the eventual goalscorer.

It's taken Kylian Mbappé just 8 SECONDS to open the scoring for PSG against Lille 😮‍💨 pic.twitter.com/ziibIszhWL

It has indeed garnered a lot of attention in the press and on social media, and teams are likely to start positioning themselves slightly further back in order to prevent it happening. However, there is no doubting the effectiveness of it – the initial exchange between the first two players takes two or three opposition players out of the game immediately, freeing up space for the designated playmaker to pick their pass.

Much has been made over the origin of said routine. Self-confessed tactical geniuses who clocked hours of gameplay on FIFA 14 swear by the sequence to unlock opposition defences, while the first real-world application was witnessed by Bournemouth last December. Dominic Salanke’s trend-setting strike seven seconds after the break set in motion a whole host of teams using it on and off across the continent over the past year.

Scott Parker’s assistant Matt Wells is said to be the chief architect of the kick-off concatenation.

“As always we work tirelessly in terms of details and try and work out where we can exploit certain areas,” Parker said following the successful attempt.

“The goal was straight off the training ground. We wanted to try to exploit the spaces between full-back and centre-half. Sometimes they come off, sometimes they don’t.”

Elsewhere, Champions League winners Real Madrid connected all four parts of the routine bar the finishing touch on two separate occasions in the Round of 16 against PSG last season, maybe inspiring the French champions to attempt it themselves.

Aside from PSG and Bournemouth, successful attempts have been seen as far as the Northern Irish top-flight, where Cliftonville were inspired by a Tik-Tok compilation shown by their club analyst just an hour before kick-off.

Sparta Rotterdam also thanked Bournemouth for the inspiration for the routine on Twitter after the Dutch club raced to an early lead against AZ Alkmaar earlier this month.