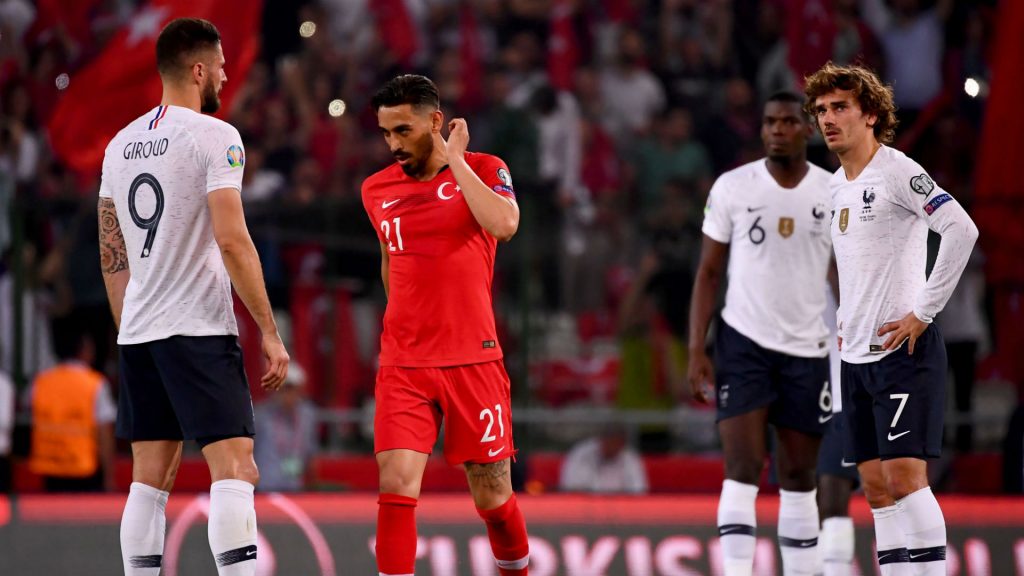 The dreaded international break is back (much to nobody’s enjoyment), but now as we take a backseat from the relentless club football, some interesting match-ups lie await.

The UEFA Euro 2020 qualifiers are moving into its business end and some feisty encounters are going to take place between certain neighbouring countries over the next fortnight or so.

As teams scurry to guarantee qualifications, here we look at the five best matches you should watch during the international break.

So not exactly a UEFA Euro 2020 qualifier, but a boon for soccer betting sites and this friendly game is going to be anything but one.

A repeat of the 2014 FIFA World Cup final, this will see the next generation of both nations colliding with each other.

With Joachim Loew still struggling to replace the players he banished earlier this year, he’ll hope the likes of Kai Havertz, Joshua Kimmich and Timo Werner can do wonders. With Lautaro Martinez also in stunning form, this should be an end-to-end, open encounter.

Wales have regained their form after a slight barren run, with Ryan Giggs’ side still quite far off from solidifying a spot in the Euros.

Captain Gareth Bale and Aaron Ramsey are also in hot form, but defeating the 2018 World Cup finalists is no easy task. Croatia are mounting their way into a top-spot finish in Group E, but must weather the storm to halt Wales at their own backyard.

England are in cruise control right now, looking in prime position to win their group in the en route to Euro 2020.

Having controversially called up Tammy Abraham, who was yet to decide his representational country, Gareth Southgate’s banked his hopes on youth. With England’s stars thriving in the Premier League, this looks an easy task.

However, Czech Republic are right at their tail in Group A and will use their difficult conditions to their advantage, creating an intense environment for the Three Lions.

World Champions France have looked unstoppable with their high-octane attacking style in recent months, but it was Turkey who ended their euphoria back in January.

Since then, they’ve gone onto dominate their way into surprisingly leading Group H. Les Blues are intent on revenge for their humiliation and will put all their cards forward in a relentless attacking effort.

However, Turkey have expert defenders(including Caglar Soyuncu) and enough counter-attacking penetration to cause another upset in France’s own home.

Spain have been unstoppable in their Euro 2020 campaign so far, winning all six of their games in compelling fashion. Robert Moreno’s rotational skills are working a treat as La Roja are playing effective, quick-linked attacking football again.

However, Sweden looks determined to end their winning streak. After being humiliated 3-0 in the reverse fixture, they’ll look to serve a slice of humble pie.

With Sweden’s attackers performing well in club level and a sense of compactness to their team, this could be a fiery parry among group F’s best.