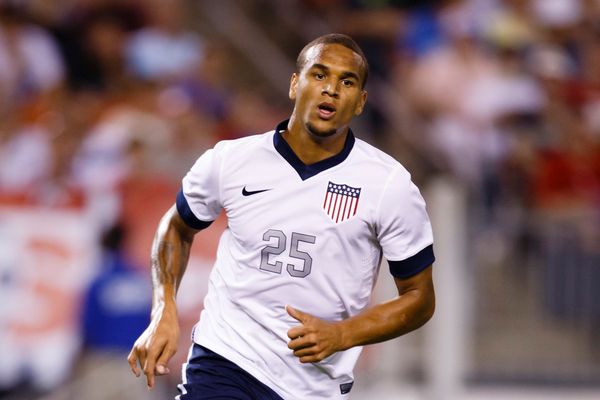 The German/American will be out of action for both his second division German club team  Red Bull Leipzig and the U.S. national team till early October, possibly.

The U.S. international striker Terrence Boyd will be sidelined for ten weeks, after slightly tearing his ACL, his club team Red Bull Leipzig announced on Monday.

“After a partial tear of the [ACL] in his right knee, Terrence Boyd has been ruled out for least 10 weeks,” The German native club team announced on their website today. “That is the diagnosis of the knee specialist Dr. Ulrich Boenisch in Augsburg.”

The 23-year-old striker was injured in his club teams last friendly match against English Premier League side, Queen Park Rangers on Saturday. He will be forced to miss the season opener for his new club RB Leipzig, which will be on Saturday, Aug. 2 against VfR Aalen.

The German/American forward is projected to be back early October, if he does not suffer any set backs along the way. He could potentially be returning to action for RB Leipzig, when the newly promoted 2. Bundesliga team face Heidenheimer SB on Sunday, Oct. 5., or he could be back on Sunday, Oct. 19 against Nurnberg.

As for the national team goes, he will miss the Wednesday, Sept. 3 friendly match clash against the Czech Republic at Prague. Plus most likely he will miss any friendly matches for the Yanks that happen in Oct.; since he will be barely back from his ACL injury when the Oct. friendlies occur.

Terrence Boyd who already looked to be in form by scoring two goals in the preseason for his new club, now he will have to wait and spend his energy on recovering from the ACL tear. The only positive news for the 23-year-old is that he will not be required to get a surgery on his knee.