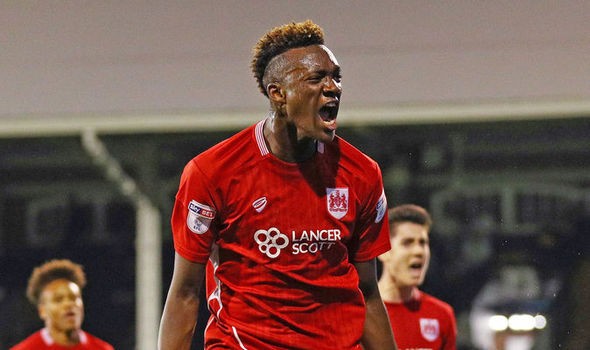 Tammy Abraham, who is on loan from Chelsea until the end of the season, suffered a knock on his thigh during Bristol City’s 2-1 defeat to Leeds United on Tuesday night at Elland Road.

He limped off towards the end of the first half, and fears that he could face lengthy spells on the sideline. The 19-year-old Chelsea striker will now undergo a scan within this week to know the severity of the injury.

Tammy Abraham has done something to his thigh. He’ll have a scan over the next day or two. Tammy is gutted because he feels like it might be a bad one but hopefully that won’t be the case.”

Abraham is one of the brightest young prospects to have come out from Chelsea, and he has the potential to represent the senior team in the future. He has been in great form this season, scoring 21 goals in his 37 appearances so far this term.

The England Under-21 international has impressed everyone during his loan spell, and his potential lengthy spell on the sideline is a bad news for the Championship club. The Robins’ 2-1 defeat to Leeds saw them move to just three points off the relegation zone.

Leeds, meanwhile returned to winning ways, after back to back defeats against Huddersfield and Cardiff in their previous two games. The Whites have cemented their fifth position in the Sky Bet Championship, and have bounced back strongly to consolidate their place in the play-off positions.