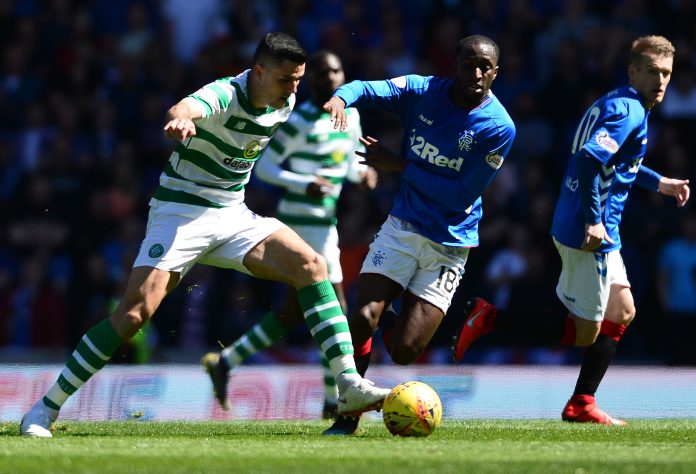 Tam McManus has suggested on PLZ Soccer that Celtic should sell Tom Rogic in the summer transfer window.

The former Hibernian forward, who now works as a pundit for PLZ Soccer, believes that Rogic has not been good for the Hoops in recent times.

According to Sky Sports, the 27-year-old midfielder is close to leaving Celtic and joining an unnamed Qatari club for £3.5 million.

The Australia international played 22 matches in all competitions for Neil Lennon’s side last season and has yet to feature this campaign, according to Sky Sports.

McManus believes that Celtic should sell Rogic to the unnamed Qatari club this summer.

McManus said on PLZ Soccer, as transcribed by The Scottish Sun: “My thoughts are if I were Celtic I would bite their hand off. I was having a look at his stats and he’s scored eight goals in his last two and a bit seasons at Celtic.

“I don’t think he has kicked a ball since Brendan Rodgers has left. He’s very rarely fit and when he is you can’t get 90 minutes out of him.

“There is no doubt about it that he has come up with some massive goals – particularly against Rangers. A lot of Celtic fans will obviously remember the goal that clinched the treble against Aberdeen in the last minute of the game so I think he is a bit of a cult hero I think with the Celtic fans.

“But if you crunch the numbers in terms of what he is earning. I think he is probably earning £20,000 plus. His output over the last two seasons has been very, very poor. Probably 80 league games and he has scored six or seven goals. I think getting £4m for him is a brilliant bit of business for Celtic.”

No big miss for Celtic?

Rogic is a very good midfielder who has done well for Celtic over the years, but the Australia international has had injury problems in recent times.

The 27-year-old is not an indispensable player for the Glasgow giants, who will not miss him if he leaves.

For the player himself, perhaps it is time to move elsewhere and start playing regular first-team football instead of warming the substitutes’ bench.

Celtic are aiming to win the Scottish Premiership title for the 10th season in a row in 2020-21, and one suspects that they will be confident of achieving that success without Rogic.